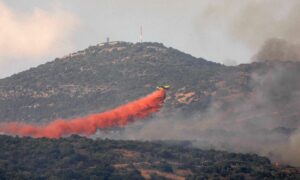 An investigation into Khashoggi’s disappearance and presumed death found that the suspects, all Saudis, traveled to the consulate to meet with Khashoggi after it appeared possible that Khashoggi, a Saudi citizen who had been living in a self-imposed exile in the United States, could be convinced to return to Saudi Arabia.

“The results of the preliminary investigations revealed that the discussions that took place with the citizen during his presence in the consulate by the suspects did not go as required and escalated negatively, which led to a fight between them and the citizen, which aggregated the situation and led to his death, may God rest his soul,” the Foreign Ministry said.

In another statement, the Saudi attorney general said that the discussions at the consulate “led to a brawl and a fist fight … which led to his death.”

#STATEMENT | On the case of the disappearance of the Saudi citizen Jamal bin Ahmed Khashoggi pic.twitter.com/RmgOwtYdNW

The suspects concealed what happened and attempted to cover it up.

Eighteen Saudi citizens are being held in connection with the death. In addition, the kingdom announced that it fired five top officials, including Deputy Chief of General Intelligence Ahmad bin Hassan Assiri, a royal court adviser Abdullah Al-Qahtani, and Mohammed Bin Saleh Al Rumaih an assistant to the intelligence chief.

A number of lower officials were also relieved of their posts.

“We are saddened to hear confirmation of Mr. Khashoggi’s death and we offer our deepest condolences to his family, fiancée, and friends,” White House press secretary Sarah Saunders said in a statement.

President Donald Trump told reporters at a defense roundtable in Arizona on Oct. 19 that “people are not happy about what happened,” and noted how many people were allegedly involved on the Saudi side, including officials high up in the administration there. “This is a horrible event. This has not gone unnoticed,” he said.

Trump said he would be open to punishing Saudi Arabia in some way but doesn’t want to cancel an arms supply agreement between the two countries, citing a potential economic impact on America.

Trump said he would be speaking with Crown Prince bin Salman, and that he’s already spoken with King Salman. “I think we’re getting close to solving a big problem,” he said. “They’ve been a great ally in the Middle East. We need them as a counterbalance to Iran.”

Turkish officials have claimed to have video and audio evidence proving that a team of Saudi agents killed Khashoggi in the consulate and then moved his body to a different, unknown location but have declined to show the evidence to either the Saudis or the United States, nor has it been made public.

“I’ve heard no tape, I’ve seen no transcript. And the network that reported that ought to pull down the headline that says I have,” U.S. Secretary of State Mike Pompeo told reporters, referring to a report relying on an anonymous source that claimed he had heard an audio recording of Khashoggi in the consulate.

He said, “Secretary of State Mike Pompeo was never given or shown a transcript or video of the Saudi Consulate event.”