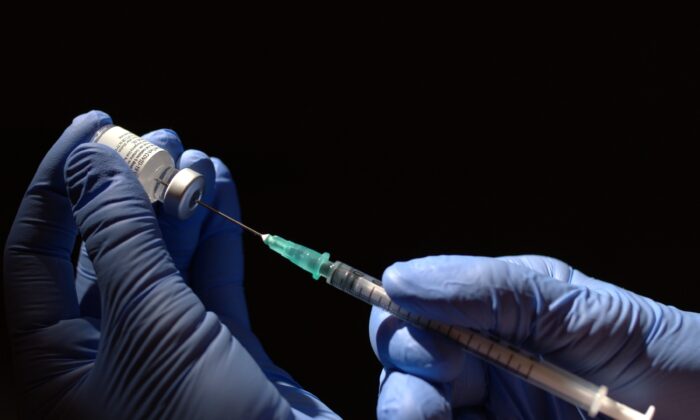 Some 51 percent of Americans are either hesitant or opposed to the vaccine. (cortex-film/Shutterstock)
News

Author’s Note: The hyperlink to the study goes to an archived webpage because the full text version is no longer available on the JAMA website.

A recent study published in the Journal of the American Medical Association (JAMA) that is widely touted to argue against the measles, mumps, rubella (MMR) vaccine’s association with autism actually provides evidence for a connection. Based on computation from the study results for participants with non-autism spectrum disorder-diagnosed (non-ASD) older siblings, children who received a dose of the MMR vaccine before age five had a risk for ASD diagnosis by age five that was 48% higher than in children who did not in analyses that corrected for certain potential biases.

Where both groups received a dose of MMR vaccine – one largely before the bulk of autism diagnoses were made and one following it – the comparison is less likely to suffer from bias that might affect those involving children never vaccinated with MMR or those who received both recommended doses. Parents might be discouraged from giving a child a second dose of MMR or MMR at all if a child had a negative reaction to the first dose or to a dose of a different vaccine. Similarly, parents of children with autism may be more likely to take seriously concerns about vaccinations’ association with autism and more likely to withhold vaccines from their children. These potential biases make studying the timing of MMR vaccination in relation to autism preferable, though the authors of this study did not bother to do this. Nonetheless, the complete data sets from the study are needed to confirm whether the aforementioned association holds when controlling for other variables.

Yet the crude findings are similar to results from a study conducted by the Centers for Disease Control and Prevention (CDC) that was published in the medical journal Pediatrics in 2004 and has also been cited to deny autism’s association with MMR. Those findings showed an odds of earlier MMR vaccination that was more than two-fold higher among African-American children with autism spectrum disorders compared to their non-ASD counterparts of the same race. According to study coauthor William Thompson who has come forward as a federal whistleblower, that finding was omitted from the published manuscript in breach of final study protocol. Pediatrics has refused to consider the paper for retraction, even though it should be considered according to the guidelines in publishing ethics that the journal claims to follow. Now what CDC researchers found more than a decade ago seems to only be confirmed by the results of this much larger study published in JAMA.

The troubling history of epidemiological studies used to disprove the MMR causes autism despite finding associations predates even the CDC study. A 2002 study published in the New England Journal of Medicine (NEJM) and even larger than the recent JAMA study yielded results from which a 45% increased risk for autism associated with MMR vaccination was computed, despite concluding no connection. The scientist who computed that risk explained why the association was potentially meaningful in a letter to the journal, but the journal never published it. The principle investigator Poul Thorsen (who also found but did not publish results implicating mercury in vaccines in causing autism) of the NEJM study has since become a most-wanted international fugitive who was indicted on fraud charges.

Even after his indictment in 2011, the Institute of Medicine (IOM) included his study as one of just four to support the IOM’s position that MMR vaccination does not cause autism. Another IOM-cited study published in the Lancet in 1999 showed a relationship between timing of MMR vaccination and parental concern of child development in a sample of children with autism, according to a slide from an IOM-commissioned epidemiological review.

As the studies used to disprove an association between MMR and autism continue to mount, so too does the evidence favoring a causal relationship. A study in the Journal of Child Psychology and Psychiatry claiming autism rose as MMR was removed from use in Japan neglected the fact that the rise was correlated to single measles and rubella vaccines routinely given just four weeks apart. Another study published in JAMA in 2001 claimed that MMR vaccination coverage in California rose marginally while autism occurrence exploded, only for other scientists to then point out that the coverage of MMR vaccination given at younger ages also exploded.

The JAMA study is the latest such study to find an association while claiming to find none, and it probably won’t be the last. Its senior author and Drexel University epidemiologist Craig Newschaffer was previously quoted in 2007 by the LA Times as saying, “Those studies just kept piling up that showed no association between MMR or thimerosal exposure and autism…Among the scientific community, it’s pretty generally accepted that there is no link.”

How ironic that studies he cited to say there is no link actually found a link, and then his own study would later find the same.

Correction: More information concerning the study results has since come to the attention of Autism Investigated, including the realization that some of the content originally in this post was not accurate. The article has since been updated.