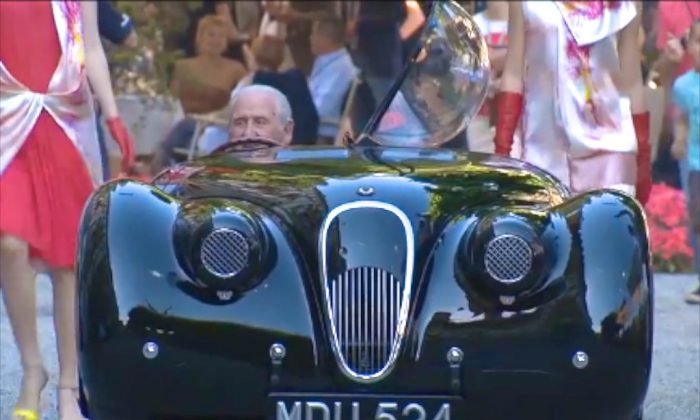 At this year's Concorso d'Eleganza at Villa d'Este in Lake Como, Italy, this Jaguar XK 120 was the top star. (AOL)
Autos

Jay Leno was all the rage when he drove a Jaguar X K-120 at this year’s prestigious Oldtimer classic Mille Miglia. The 3 million Dollar car also starred at the 2014 Italian Concorso d’Eleganza. The Concorso takes place at Lake Como which is the home to Hollywood superstar George Clooney.

Despite other very expensive and exclusive cars from all over the world the Jaguar drew most of the audiences attention. The car sets new standards in the 1950s for speed, durability and design.

Ahead of Its Time

The Jaguar XK120 managed to reach an average 100 mph for over 24 hours in a long term test and reached a maximum speed of over 135 mph.

With 162 horsepower the Jaguar XK120 was in a league of its own during the time of its production in the years 1948 to 1954. The model with Chassis Number 670003 was delivered to Hollywood-Legend Clark Gable.