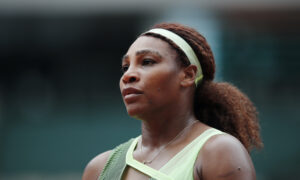 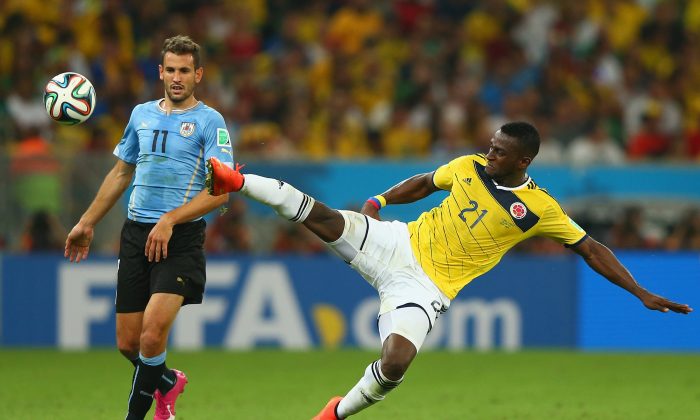 Jackson Martinez of Colombia controls the ball as Christian Stuani of Uruguay looks on during the 2014 FIFA World Cup Brazil round of 16 match between Colombia and Uruguay at Maracana on June 28, 2014 in Rio de Janeiro, Brazil. (Jamie Squire/Getty Images)
Sports

Colombian striker Jackson Martinez could be on his way out of Porto FC.

The 27-year-old striker doesn’t want to sign a contract extension unless Porto pay give higher wages to compensate for a rumored £70 million buy-out clause in his new contract, Express reports.

Liverpool, Arsenal, and Manchester United are supposedly interested in Martinez, who put in a respectable performances in the World Cup.

Martinez even suggested that he would welcome a move to Arsenal, telling reporters in Brazil, “I know that there have been discussions [with Arsenal], but still no agreements.

“As a child I cheered for Arsenal, they play a game that suits me. If I had the occasion to play there, I would say yes.”

The tweet has since been deleted, and “Martinez” posted another tweet clarifying that Liverpool did not make an official bid for him, and neither is he moving.