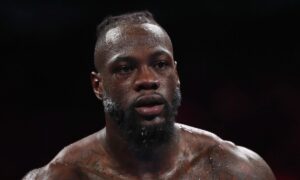 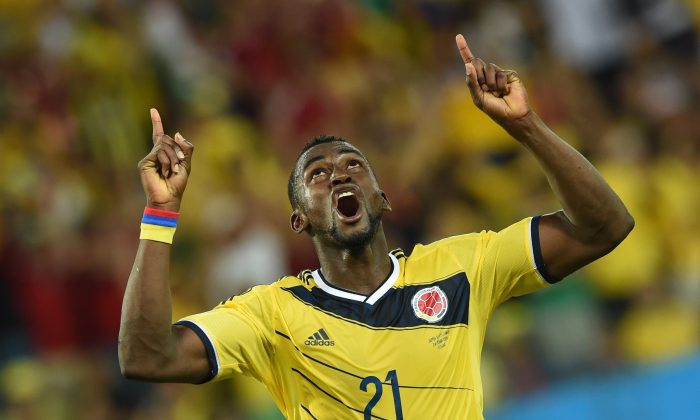 Colombia's forward Jackson Martinez celebrates after scoring his second goal during the Group C football match between Japan and Colombia at the Pantanal Arena in Cuiaba during the 2014 FIFA World Cup on June 24, 2014. (TOSHIFUMI KITAMURA/AFP/Getty Images)
Sports

The 27-year-old Colombian international had a decent World Cup 2014, bagging two goals in the group stage game against Japan.

Martinez has also scored 60 goals in 91 games for Porto.

According to Metro, Arsenal manager Arsene Wenger and Liverpool boss Brendan Rodgers are interested in Martinez, and are willing to fork out £35million to trigger his buyout clause and bring him to the EPL.

Wenger has already stolen a march on Rodgers by signing Liverpool target Alexis Sanchez from Barcelona.

With Liverpool losing Luis Suarez to the Catalan giants, Rodgers is more in need of a striker, and will likely attempt to outbid Wenger this time.

Germany Takes ‘Tiki-Taka’ to Another Level

PORTO SEGURO, Brazil (AP) — Germany has taken the “tiki-taka” passing game so intrinsically used by Spain to another level at the World Cup in Brazil, by adding ruthless efficiency to the possession philosophy.

Spain beat Germany in the final of the 2008 European Championship and again in the semifinals of the 2010 World Cup.