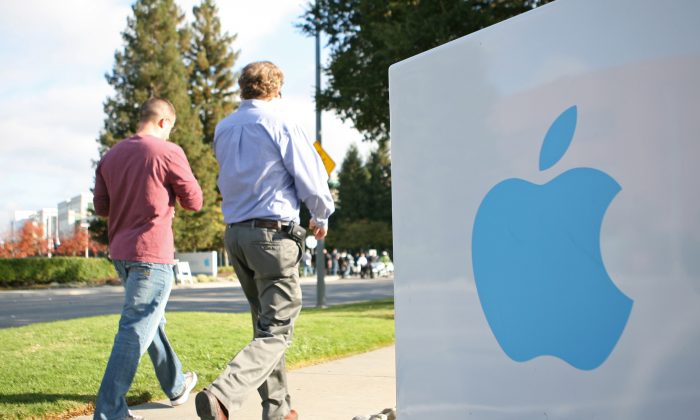 Apple might only be able to release the iWatch in 2015.

“We reiterate our view that iWatch, as compared to existing products, and as Apple’s (US) first attempt at a wearable device, represents a much higher level of difficulty for the company as regards component and system design, manufacturing and integration between hardware and software. While we are positive on iWatch and believe that the advantages of the design and business model behind it are difficult to copy, we think, given the aforementioned challenges, that the launch could be postponed to 2015.”

In July, Kuo predicted that production of the iWatch would begin in November 2014. This stacks up with his prediction that Apple could be postponing the launch of the iWatch to 2015.

The screens are either LG displays with plastic OLED screens or AMOLED displays by LG. Sapphire glass is expected to be used on the display.

The milestone represents a dramatic turnaround in sentiment since Apple’s shares reached its previous split-adjusted peak of $100.72 in September 2012. After hitting $101.09 Wednesday afternoon, shares closed up 4 cents at $100.57. That gave Apple a market value of $602 billion — by far more than any other publicly held company.

Apple’s stock had fallen to a split-adjusted $55.01 in April 2013 to wipe out about $300 billion in shareholder wealth amid worries that the Cupertino, California, company had run out of ideas without Jobs as its mastermind. The anxiety escalated as sales of iPhones and iPads slowed amid the growing popularity of less expensive smartphones and tablet computers made by Samsung Electronics and other rivals relying on Google’s free Android software.

Now, there are signs that Samsung’s devices are losing momentum while Apple prepares to release the next version of its iPhone this fall and investors wait for Cook to deliver on his promise to introduce a product that will open up new opportunities. The breakthrough is widely expected to be a smartwatch that will include sensors to help people monitor their health.