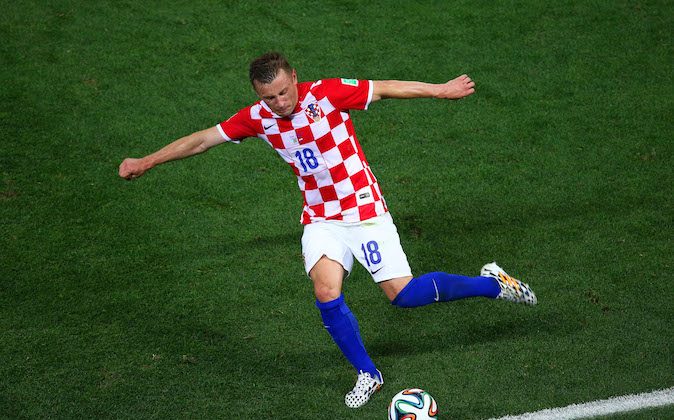 Ivica Olic of Croatia kicks the ball during the 2014 FIFA World Cup Brazil Group A match between Brazil and Croatia at Arena de Sao Paulo on June 12, 2014 in Sao Paulo, Brazil. (Photo by Elsa/Getty Images)
Soccer

Ivica Olic has scored for Croatia in the 11th minute against Cameroon.

Check out a video of his goal.

Here is an AP article on Wednesday’s matches.