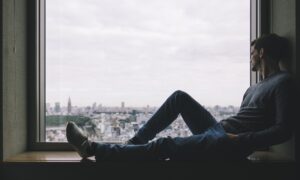 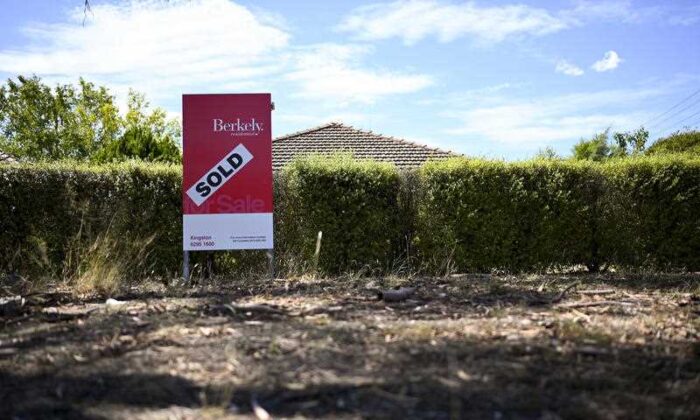 A real estate advertising board is seen next to a house in Canberra, Australia, March 1, 2019. (AAP Image/Lukas Coch)
Australia

The company’s analysis showed that it is cheaper to repay home loans than to rent for 36.3 percent of Australians properties, up from the 33.9 percent reported in Feb. 2020.

CoreLogic Head of Australia Research Eliza Owen said the figures reflected the significantly lower costs for mortgage debt since the onset of COVID-19.

“This is one of the factors that may have boosted sales activity coming out of COVID-19 restrictions in 2020,” Owen said. “If it makes more financial sense to pay for a mortgage than rent, renting households may have been triggered to look for something to buy as interest rates have fallen.”

The data shows the stark contrast in property markets between state, city, and regional areas as Sydney and Melbourne remain the toughest markets to enter.

Buying property was the better deal for just over 60 percent of properties in regional Australia, however, this number fell to 26 percent when looking at properties in capital cities.

Regional Northern Territory has the highest proportion of properties that are cheaper to buy (96 percent), followed by Darwin (87 percent) and regional South Australia (79 percent).

Owen also notes that cheaper home loans alone do not make a region a more desirable place to live.

“This kind of analysis historically has also shown that just because an area sees cheaper mortgage costs than rents, does not mean people would necessarily want to buy there,” she said. “Regional Northern Territory and Outback Western Australia are prime examples.”

In addition, low-interest rates have not led to cheaper home loans in every region. Owen said Sydney property values outpaced rental growth, and buyers were faced with larger loans.

This is shown in the analysis as the proportion of homes are cheaper to buy in Sydney has actually fallen from 7 percent in Feb. 2020 to 4.9 percent.

Sydney properties have increased by 15 percent since Feb. 2020, while rents only increased by 2 percent during the same period as international border restrictions barred visitors from entering.

As popular destinations for overseas arrivals, Sydney and Melbourne’s rental markets traditionally rely on demand from international migration into the country.

The data was created by using an 80 percent mortgage assumption (where it was assumed the buyer had a 20 percent deposit saved) then compared with individual rental property estimates.