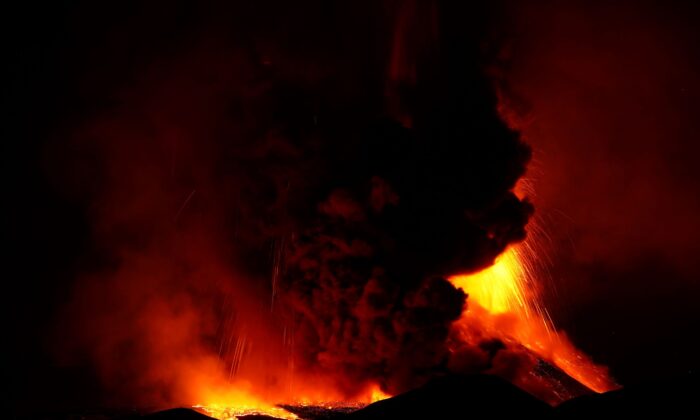 General view of an eruption of the South East volcano of Etna, Italy, on Feb. 10, 2022. (Antonio Parrinello/Reuters)
Europe

The eruption centered on the volcano’s southeastern crater, at a height of around 2,900 meters, sent ash and plumes of smoke 8 km into the sky, Italy’s National Institute for Geophysics and Volcanology said.

There were no reports of any injuries.

The 3,330 meters high volcano can burst into spectacular action several times a year, spewing lava and ash high over the Mediterranean island of Sicily. The last major eruption was in 1992.