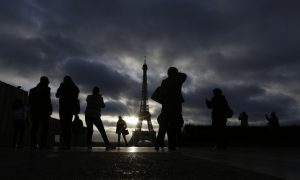 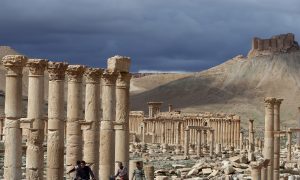 ISIS Rampage: A Threat to Cultural Heritage That Belongs to All
0 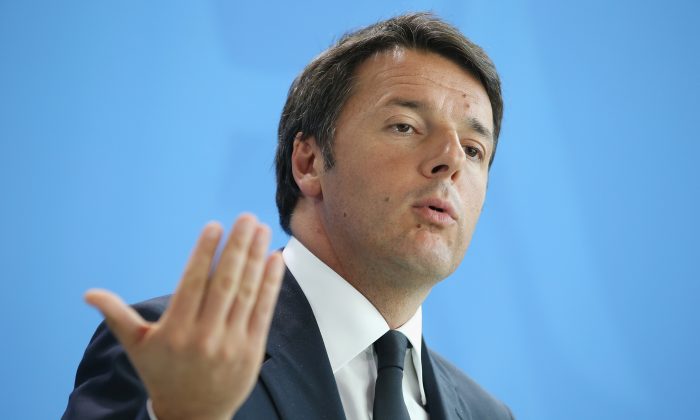 The announcement earlier last week that the Italian government will match any new spending on new counterterrorism measures with spending on arts and culture seems to have come and gone by without much comment. This is a pity, for the initiative is noteworthy both for its originality and for the justification that lies behind it.

The money, just over 1 billion euros ($1.1 billion), will be focused on cultural initiatives in fringe and immigrant neighborhoods in large urban centers. Additionally, every 18-year-old in the country will be given a voucher of 500 euros ($550) to spend on cultural activities such as concerts and theatrical productions. It is thus targeted at what are perceived to be the demographic and geographic centers of anti-Western sentiment within Italian society.

Italian Prime Minister Matteo Renzi justified his decision by declaring, “What happened in Paris signaled a step-up in the cultural battle that we are living. They imagine terror, we answer with culture. They destroy statues, we love art. They destroy books, we are the country of libraries.”

His argument was reminiscent of a well-known Internet meme that quotes Britain’s war-time leader Winston Churchill’s response to a proposition that arts funding should be cut in favor of the war effort against Nazi Germany. Churchill’s retort was, “Then what are we fighting for?”

As it happens, this quotation is a fake. But the fact that it continues to be circulated on social media suggests that for very many of us, it expresses a sentiment that we nevertheless hold to be true. When it comes down to it, it is our cultural life, not our technological, economic, or military prowess, that defines, inspires, and unites us, essential although the former aspects of our society may be for our quotidian existence.

We should be wary, all the same, of the conceit that investment in the arts is therefore a cure-all for modern social ills. As Norman Lebrecht wrote recently in Standpoint Magazine, music—for instance—”can enhance life’s achievements and console us in our losses, but it cannot repair the holes at the heart of society.”

Or, as the author Henry James has a character note in his novel “A Portrait of a Lady,” “There are moments in life when even Schubert has nothing to say to us.”

ISIS Rampage: A Threat to Cultural Heritage That Belongs to All

Indeed, the contemplation of the masterworks of Western culture can never resolve for us the question of how to live a better life. Similarly, a love of great music, or great literature, or great painting, no more makes us a better, or more just, person than, say, the public profession of religious virtue, or the possession of a high IQ.

This was a point made particularly powerfully by Steven Spielberg in his 1993 film “Schindler’s List.” Amid a cinematic recreation of the horror of the destruction of the Warsaw ghetto, he has the camera cutting to a scene where a uniformed SS officer has discovered an old piano in a house he has just emptied of its inhabitants. The officer calmly sits down and starts playing.

A solider overhearing it asks another, “Is it Bach?”

“No, Mozart,” comes the reply. All the while, however, the slaughter undertaken by the countrymen of Bach and Mozart continues around them.

An appreciation of the finer products of Western culture alone therefore neither guarantees our safety from barbarians, nor makes us immune from a descent into barbarism ourselves.

What it can do, however, is expand our imaginative and thus political horizons, our capacity to accept new ideas and sensibilities, should we let it. Former Australian Prime Minister Paul Keating, for instance, believed that particular forms of classical music, neoclassical architecture, and political philosophy were profoundly linked by an implicit call to a better life. For him, they suggested not so much the art of the possible as an art of possibility.

Encounters with great art encourage us to recognize that what we might normally see and hear and feel in the world may not be all that there is in the world.

Thus, the Italian prime minister’s gesture is certainly no empty or futile one. The experience of living in the West, he seeks to remind us (as much as he seeks to demonstrate to those living in our midst who might chose to hate us), need not be circumscribed solely by encounters with fatty foods, fizzy drinks, and faded jeans. Nor must it be accompanied inevitably by feelings of alienation and anomie common to our urban centers.

At a time of renewed security threats at home, perhaps we do need to be reminded about just what it is we are fighting to preserve. A lasting defense of our civil society may ultimately depend upon it.

Peter Tregear is an Australian-born musician and academic currently based in London, where he is a teaching fellow in music at Royal Holloway at the University of London.