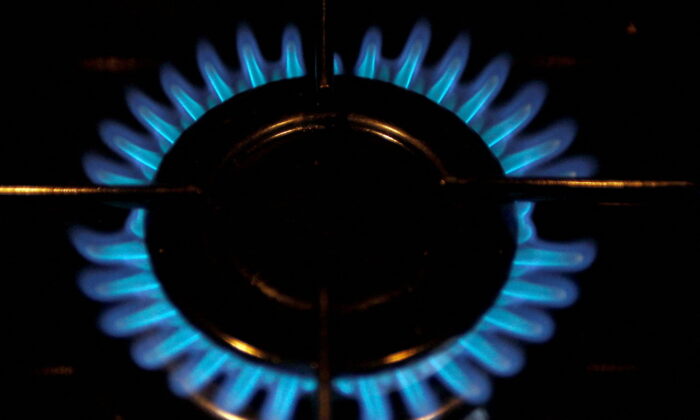 A gas burner is pictured on a cooker in a private home in Bordeaux, soutwestern France, on Dec. 13, 2012. (Regis Duvignau/Reuters)
Energy

CERNOBBIO, Italy—Italy’s net energy import costs are set to more than double this year to nearly 100 billion euros ($99.5 billion), the economy minister said, warning Rome could not spend indefinitely to cushion the blow on the economy.

Italy relies on imports for three-quarters of its power consumption, increasing its vulnerability to Europe’s current energy crisis.

Measures to help firms and consumers cope with high energy bills will be approved next week, following six aid packages so far worth in total of 52 billion euros, Franco said.

“To keep offsetting, at least in part, rising energy prices through public finances is very costly and we could never do enough,” he said.

Franco said it was key to address the functioning of Europe’s energy market, where soaring gas prices amid shrinking Russian exports have driven power prices higher.

“What matters is to bring the price of gas and energy back to sustainable levels,” Franco said.

Speaking at the same conference on Saturday, French Finance Minister Bruno Le Maire said it was necessary to severe any links between the price of gas and that of electricity, moving to “a total decoupling” of gas and power prices.

The increase of around 60 billion euros expected in 2022 amounts to roughly three percentage points of gross domestic product and will wipe out the net surplus in exchanges with the rest of the world Italy recorded in recent years, Franco warned.

“We are transferring abroad a significant part of our purchasing power,” he added.