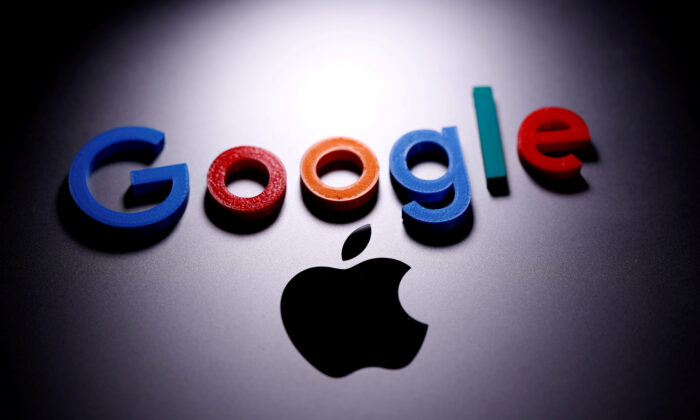 A 3D printed Google logo is placed on the Apple Macbook in this illustration, on April 12, 2020. (Dado Ruvic/Illustration/Reuters)
Media & Big Tech

ROME—Italy’s antitrust regulator has fined Alphabet’s Google and iPhone maker Apple 10 million euros ($11.2 million) each for “aggressive practices” linked to the commercial use of user data.

The authority said in statement the two tech groups did not provide “clear and immediate information” on how they collect and use the data of those who access their services.

Both Google and Apple said they disagreed with the antitrust’s decision and that they would appeal it.

The watchdog said that when users set up their account with Google, the system was designed in such a way that the terms and conditions on data usage were set up to be accepted.

In the case of Apple, users do not have a choice on the issue, the antitrust regulator added.

“We provide industry-leading transparency and control to all users, so they can choose what information to share or not, and how it’s used,” Apple said in a statement, describing the regulator’s view as “wrong.”

Google said in a statement it followed “fair and transparent practices to provide users with useful services, as well as provide clear information on their use.”

The fine is the maximum amount the watchdog can apply in these cases, the regulator said.