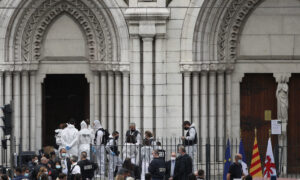 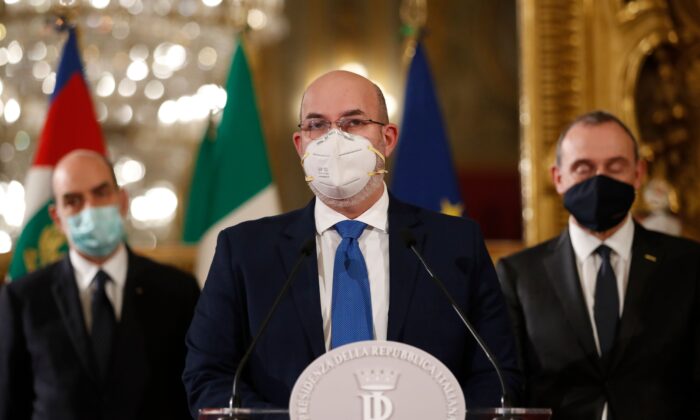 Italy’s 5-Star Gets in Tangle Over Draghi

ROME—Italy’s 5-Star Movement struggled on Feb. 10 to quell its deep divisions over Mario Draghi’s drive to form a government that risks tearing apart the anti-establishment party and delaying the creation of the Cabinet.

Party leaders who met Draghi on Feb. 6 and again on Feb. 9 had sounded upbeat about the prospects of joining the broad-based administration, which he is putting together to tackle the coronavirus health emergency and economic slump.

With pledges of support from a host of groups, including the League, Forza Italia, and the Democratic Party, Draghi doesn’t need 5-Star votes. However, the movement has the largest number of lawmakers in both houses of Parliament, and its absence would undermine his efforts to build a national unity alliance.

As usual for such a major decision, 5-Star had been expected to hold an online ballot of members to take the final decision. But the leadership had to postpone the poll set for Feb. 10 after hitting fierce opposition from some of its lawmakers.

“Saying ‘yes’ or ‘no’ to Draghi would be too simplistic … We need to vote on a programme,” party chief Vito Crimi told Corriere della Sera newspaper in an interview on Feb. 10.

A new prime minister normally only reveals his program to Parliament once his ministers have been sworn in. It wasn’t immediately clear if 5-Star was expecting Draghi to disclose all or part of his plans early in order to guarantee their support.

5-Star was born in 2009 as an anti-system, anti-euro protest party, and it has formed the backbone of the last two coalition governments, which both collapsed following rows with allies.

Posts on the party blog suggest many members are uneasy at the prospect of hooking up with a former president of the European Central Bank, despite calls from the movement’s founder, Beppe Grillo, to endorse the initiative.

Grillo’s appeals angered some party stalwarts and around 1,000 took part in a stormy Zoom call on Feb. 9 to denounce Draghi, party sources said.

“I don’t recognize Grillo anymore. I used to love him. He made me feel passionate. I suggested (on the call) that we should call in an exorcist and liberate him,” Maria Muscara, a councillor in the southern region of Campania, told Reuters.

5-Star sources say a sizable number of its 92 senators don’t want to support Draghi and might rebel even if Grillo’s stance is eventually backed by an online ballot, putting the future of the group at risk.

One source said lawmakers were unhappy at the idea of joining another government that included the right-wing League, its coalition partner between 2018 and 2019. They are also worried that their voice will be lost in a broad-based government.

“We will be superfluous. They will be able to govern without us,” a 5-Star lower house deputy said, declining to be named.

Another lawmaker, who also asked for anonymity, said that if they were to back Draghi, they would need public assurances that he would put many issues close to their heart in his program, including green policies, income support initiatives, tax cuts, and a prominent state role within the national motorways.

There was no immediate comment from Draghi or his aides.

Politicians expect Draghi to see the president before the end of Feb. 12 to confirm he has sufficient backing to form a government and to present a list of ministers.