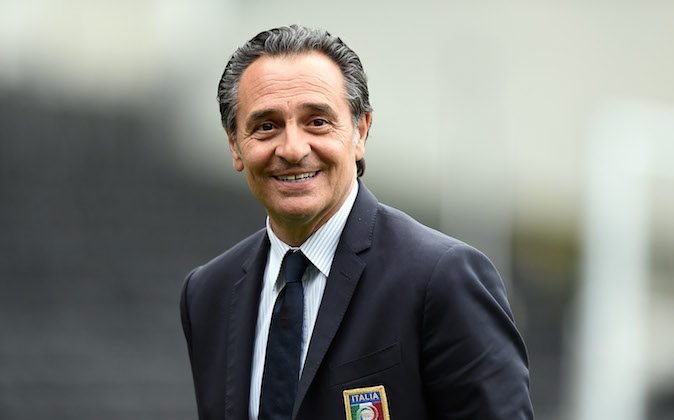 Head coach Italy Cesare Prandelli inspects the pitch ahead of tomorrow's International Friendly match against Ireland at Craven Cottage on May 30, 2014 in London, England. (Photo by Claudio Villa/Getty Images)
Soccer

The Italy vs Ireland Republic soccer international friendly match is set for Saturday, May 31.

The game will be broadcast on RAI Uno in Italy.

Italy head into this friendly match in good overall state.

Coach Cesare Prandelli signed a contract extension on Monday that will keep him with the national team until Euro 2016.

Meanwhile the Azzurri’s chief of medical staff, Enrico Castellacci has reported that the squad is in good physical shape.

“The state of health in the team is good enough, except for a few obvious muscle problems seen in recent days because the boys have worked so much,” Castellacci said.

“For the rest, everything is fine, [there is] nothing to worry about. The players are adapting well.”

The team has to work on getting results, however, as they have yet to record any victories in all competitions since beating the Czech Republic 2-1 in a World Cup qualifier back in September.

Ireland too have to work on getting results, especially after losing 2-1 to Turkey on Sunday.

Martin O’Neill will look to experiment with different formations in this fixture.

“I’m open to change and will try things out over the course of these matches because this is the time to do that – not in September when the Euros start.”