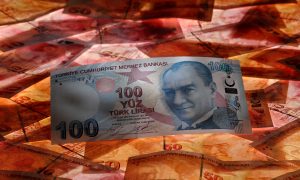 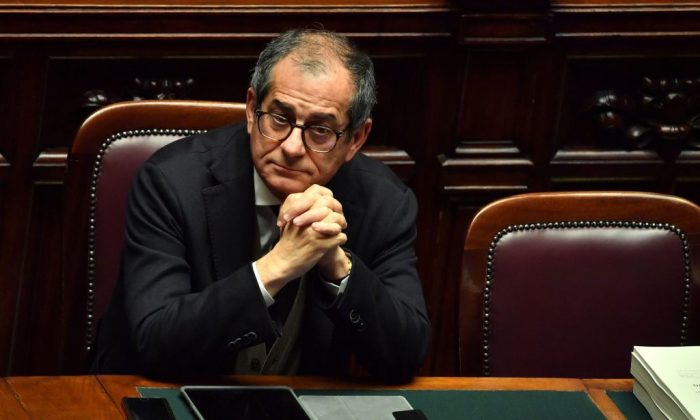 MILAN—Italy’s Treasury Minister said on June 13 he did not see a recession on the horizon but acknowledged there could be a period of stagnation.

The Italian economy has been slowing for the last year and gross domestic product declined by 0.1 percent in the third quarter, the weakest result since 2014.

On Jun 11 industrial output for November came in much weaker than expected, increasing the risk of recession for the euro zone’s third largest economy.

“Let’s wait for data for the last quarter of 2018. I don’t see a recession, I see a situation of stagnation,” Giovanni Tria said in an interview in Italian daily Corriere della Sera.

Tria confirmed the government’s commitment to cutting the country’s debt pile, the second-highest in Europe, but said growth depended also on monetary policy and the international outlook.

In October, the European Commission rejected Italy’s 2019 budget which had included a deficit target of 2.4 percent of gross domestic product, saying it would not cut Italy’s debt and was an “unprecedented” breach of EU fiscal rules.

In December, Rome rejigged the targets, cutting the planned deficit to 2.04 percent to strike an agreement with Brussels.

“The deficit will be kept under control,” Tria said, adding he had never considered stepping down as minister due to wrangling over the budget.

Asked about a target of raising 18 billion euros this year from privatizations, the minister said the government was looking at transferring stakes in state-controlled holdings to state lender Cassa Depositi e Prestiti (CDP).

“We are studying the question,” he said.

It is not clear if, under EU rules, the Treasury would be able to sell such stakes to CDP to cut debt.

Tria said in the future he hoped EU budget rules could be adjusted to take account of changing conditions in order to help growth and foster financial and social stability.

“I believe the fiscal compact is wrong,” he said.