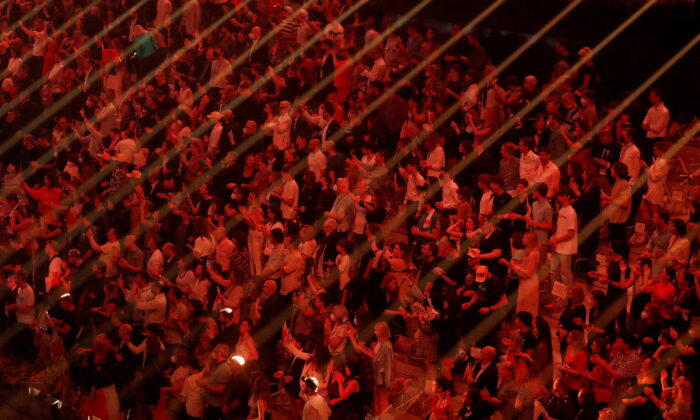 Spectators watch the final of the 2022 Eurovision Song Contest in Turin, Italy, on May 14, 2022. (Yara Nardi/Reuters)
Europe

MILAN—Italian police thwarted hacker attacks by pro-Russian groups during the May 10 semifinal and Saturday final of the Eurovision Song Contest in Turin, authorities said on Sunday.

Ukraine’s Kalush Orchestra won the contest with their entry “Stefania”, riding a wave of public support to claim an emotional victory that was welcomed by the country’s president Volodymyr Zelenskyy.

During voting and the performances, the police cybersecurity department blocked several cyberattacks on network infrastructure by the “Killnet” hacker group and its affiliate “Legion,” police said.

The police also gathered information from the pro-Russian group’s Telegram channels to prevent other critical events and identified the attacks’ geographic location.

On May 11, “Killnet” claimed an attack on the websites of several Italian institutions, including the Senate, Italy’s upper house of parliament, and the National Health Institute (ISS), ANSA news agency reported.

Since Russia invaded Ukraine on Feb. 24, many Western governments have raised alert levels in anticipation of possible cyberattacks on IT systems and infrastructure.