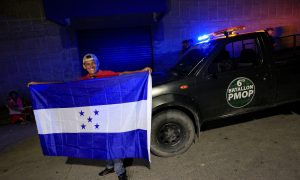 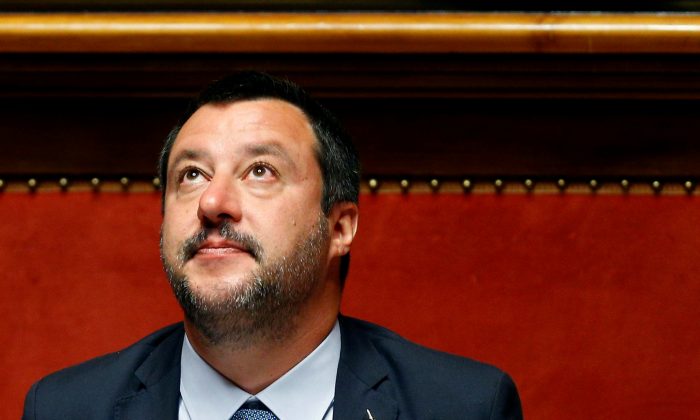 Salvini, who is interior minister and leader of the right-wing League party, has declared Italy’s ports closed to illegal migrants and asylum seekers since he formed a ruling coalition last year with the anti-establishment 5-Star Movement.

In August, he blocked an Italian coastguard ship with 150 migrants aboard for almost a week off the coast of Sicily before finally letting it dock after Albania, Ireland, and Italy’s Catholic Church agreed to house them.

Magistrates subsequently put him under investigation and asked parliament to strip him of his immunity from prosecution, but on March 20, the upper house, the Senate, threw out the request and said he had been acting in the national interest.

“I hope no one in this chamber … has any difficulty in understanding the concept of nation and national sovereignty,” Salvini told lawmakers ahead of the vote.

“This is why Italians pay my salary: to defend our borders and to maintain the security of our country.”

With voting still under way, Senator Maurizio Gasparri, who heads the panel charged with considering Salvini’s case, said it was already clear that a large majority had voted in his favor.

The issue has sown division within the government and particularly within 5-Star, which has in the past criticized parliamentary maneuvering to halt judicial proceedings against lawmakers.

However, two 5-Star senators said they would ignore that ballot and vote against their coalition ally. These are expected to be expelled from the movement, which would reduce the government’s already slim Senate majority.

An Italian-led push to disrupt smuggling networks and boost Libyan coastguard interceptions helped to reduce the number of migrants who successfully crossed the Mediterranean Sea from Africa to Italy by around 80 percent last year, to about 23,000, according to the International Organization for Migration. Some 1,300 died in the attempt.

In the latest of a series of stand-offs involving charity rescue ships, an Italian vessel carrying 49 African migrants was escorted into the port of Lampedusa by police on March 19, with Salvini calling for the crew to be arrested.

Prosecutors on March 20 ordered the ship to be seized and opened an investigation into the captain on suspicion of aiding and abetting human trafficking. A judicial source said a magistrate had ordered that the boat, the Mare Jonio, be seized.

The vessel picked up the migrants, including 12 minors, on March 18 after their rubber boat started to sink in the central Mediterranean, some 42 miles off the coast of Libya.

The humanitarian ship immediately set sail for the nearby Italian island of Lampedusa, defying Salvini. After initially being prevented from docking, the Mare Jonio was unexpectedly accompanied into port by police at nightfall as a storm approached.

The judicial source said the migrants would be allowed to disembark, while the boat would be impounded and the crew faced possible questioning.