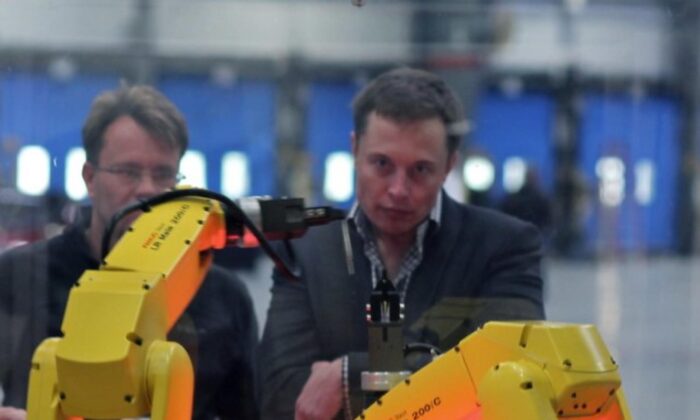 It Won’t Be the Same Tesla in the Future: Elon Musk and Others Weigh In

Tesla, Inc. has a thriving EV manufacturing business, thanks to CEO Elon Musk’s vision and its early mover advantage. Indications from the Tesla chief suggest that a few years from now, the company may not look anything like it currently does.

Musk concurred with David Lee, a YouTuber and a longtime Tesla investor, who said in a tweet that at some point, Tesla will likely become more of an AI company than a car company. In a terse reply to the tweet, Musk said, “true.”

Musk spelled out this vision in Tesla’s earnings call for the first quarter of 2021. Long-term, people will think of Tesla as much as an AI robotics company as it is a car or energy company, he said. The company is developing one of the strongest hardware and software AI teams in the world, he added.

Musk also said Tesla is developing a lot of tools from scratch related to video labeling and neural net training. In January, Andrej Karpathy, Tesla’s AI Director, posted a host of job openings for Deep Learning engineers on his LinkedIn profile. “There is no other organization that vertically integrates, develops and deploys cutting edge robotics AI at this scale,” the executive said in his post.

Among Tesla’s current AI ventures are the full-self driving chips, Dojo chips, which are AI training chips to power the company’s Dojo system and the Tesla Bot.

The Tesla Bot was announced in October, and it is a general purpose, bi-pedal, humanoid robot capable of performing “tasks that are unsafe, repetitive or boring.” “We’re seeking mechanical, electrical, controls and software engineers to help us leverage our AI expertise beyond our vehicle fleet,” the company said.

There were others who highlighted the perils of AI and also suggested humans are not ready for that yet.

Tesla–An EV Battery Company: In a separate tweet, New Street Research analyst Pierre Ferragu said Tesla’s in-house 4680 battery strategy is playing out in full swing. All suppliers are now committing to manufacturing it, he added. “Tesla will be the largest buyer and manufacturer of batteries in the world, and will derive the most sustainable competitive advantage from that, for both EVs and Energy Storage,” Ferragu said.

Japan’s Panasonic Corporation said in early February it will start test production of the 4680 battery for Tesla and set up a prototype production line early this year. Tesla closed Friday’s session down 4.93 percent at $860.