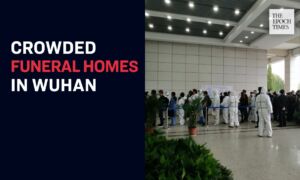 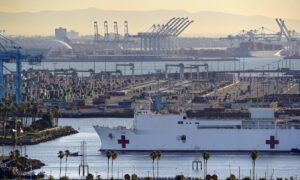 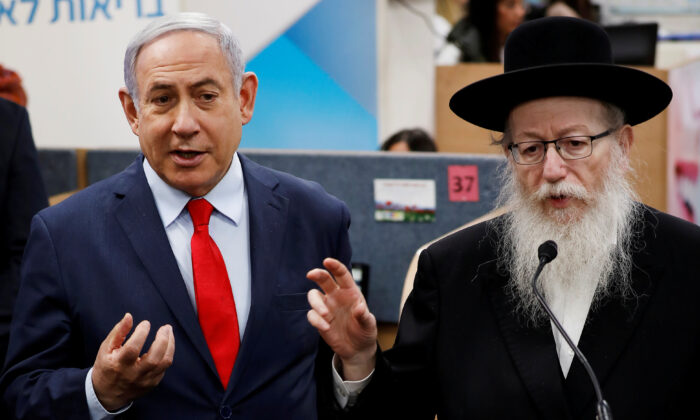 Israel’s health minister and his wife were diagnosed with coronavirus and are in isolation following guidelines, the health ministry said on Thursday.

Yaakov Litzman, 71, an ally of Israeli Prime Minister Benjamin Netanyahu, has appeared regularly alongside the premier to provide updates on the spread of the pandemic and new measures to combat it.

But Litzman has scaled back public appearances in recent weeks and the ministry’s director-general has held daily briefings instead.

Litzman and his wife feel well, the ministry said in a statement.

“(An) epidemiological investigation will be carried out, and isolation requests will be sent to those who have come into contact with (him) and his wife in the past two weeks.”

The Israeli daily Haaretz reported that Israel’s Mossad spy agency chief, Yossi Cohen, and the head of the National Security Council, Meir Ben Shabbat, were required to self-quarantine because of their contacts with Litzman.

Netanyahu tested negative for the virus on Monday after a parliamentary aide was confirmed to have it. The premier, 70, was in self-isolation until late on Wednesday, but it was not immediately clear if he had any contact with Litzman.

Israel has reported at least 25 deaths and more than 6,000 infections. Tight curbs have largely confined Israelis to their homes, forcing businesses to close and causing unemployment to skyrocket to more than 24 percent.

Litzman heads an ultra-Orthodox Jewish party, and has appealed to his community to obey health ministry curbs after some rabbis and members cast doubt on the virus risk and chafed against stay-at-home orders.

Netanyahu announced new curbs on Wednesday to deter movement around Bnai Brak, an ultra-Orthodox Jewish town that has suffered a disproportionately large outbreak.

“The public now has to listen to the health ministry,” Litzman said in an interview published on Tuesday in the Yedioth Ahronot newspaper.

“I proposed to the prime minister and interior minister today to put Bnei Brak on lockdown,” he added. “The situation there is horrible. Every day we stall, we put lives at risk.”