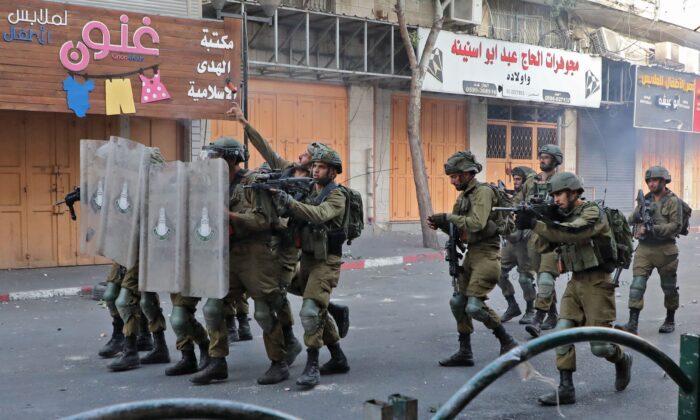 Israeli army soldiers in the city of Hebron in West Bank on May 29, 2022. (Mosab Shawer/AFP via Getty Images)
Middle East

In a statement, the Israeli army said “an assailant armed with a knife advanced toward an IDF (Israel Defense Force) soldier who was conducting routine security activity” near Al Aroub village.

“The soldiers responded with live fire,” it said.

A hospital in the nearby Palestinian city of Hebron confirmed the woman’s death.