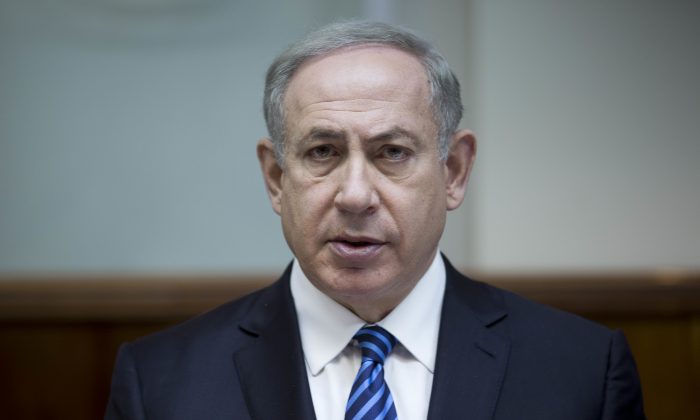 JERUSALEM–Prime Minister Benjamin Netanyahu said on Wednesday Israeli intelligence services had prevented the downing of an “Australian airliner” as part of wide-ranging international intelligence-sharing but gave no details.

His comments, during a speech in Jerusalem to U.S. Jewish leaders, followed a statement from the Israeli army that a branch of military intelligence known as “Unit 8200” had foiled an “aerial attack abroad by Islamic State,” also known as ISIS.

Israeli media said the army statement referred to an attempted bombing in July of an Etihad Airways flight due to leave Sydney for Abu Dhabi, which was foiled by Australian security forces before the plane took off.

An Australian man had sent his unsuspecting brother to Sydney airport to catch the flight carrying a home-made bomb disguised as a meat-mincer, built at the direction of a senior ISIS commander, Australian police said.

Police detailed what they called one of Australia’s “most sophisticated” terrorist plots and said the bomb was built to release poisonous gas in a public area.

Days after the plot was revealed, Lebanon’s interior minister said Beirut had monitored the brothers for more than a year and had worked with Australian authorities to disrupt the attack.

Netanyahu said: “We revealed today that Israel’s intelligence services prevented the shooting down of an Australian airliner and I can tell you that this is one of many many such actions that we did preventing terrorism around the world.”