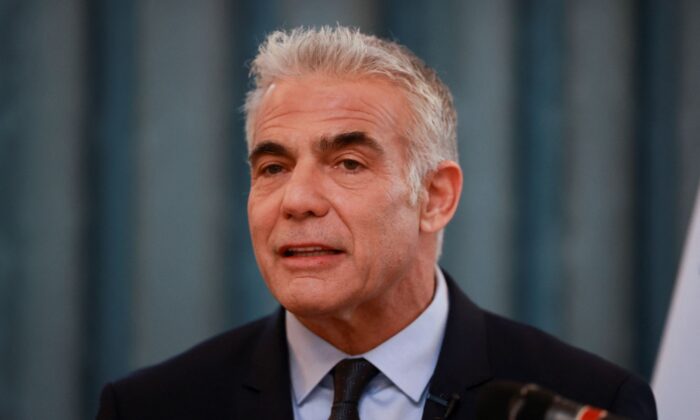 JERUSALEM—Israeli Foreign Minister Yair Lapid said on Monday he had tested positive for COVID-19 but was in good health.

Lapid, who heads the largest party in the government, was isolating at home, according to a spokesperson.

“I feel great because I am vaccinated. Go get vaccinated, put on a mask, we will get through this together,” he wrote on Twitter.

Lapid was the main architect in forming Israel’s ruling coalition and is slated to take over as prime minister next year in a rotation agreement with Prime Minister Naftali Bennett.