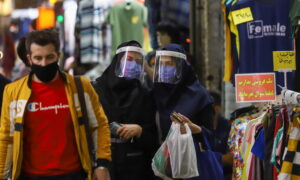 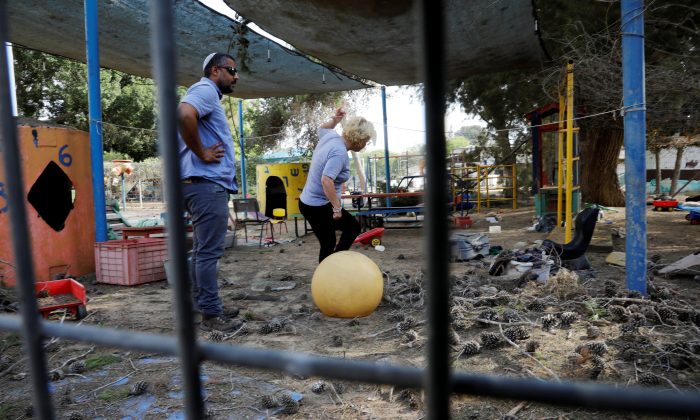 People stand in a kindergarten yard damaged by mortar shells fired from the Gaza Strip that landed near it, in a Kibbutz on the Israeli side of the Israeli-Gaza border, May 29, 2018. (Reuters/Amir Cohen)
Middle East

JERUSALEM—Israel’s Iron Dome anti-missile shield shot down a barrage of mortar shells fired from the Gaza Strip on Tuesday after sirens sounded in southern Israel, warning residents to find shelter.

“A barrage of 25 mortar shells were launched towards several sites in Israeli territory. Most of the launches were intercepted by the IDF’s (Israel Defense Forces) Iron Dome aerial defense system,” the military said in a statement.

Tensions have been high along the border between Israel and Gaza, which is controlled by the Islamic terrorist group Hamas.

On Monday, a Hamas terrorist who tried to cross into Israel was killed at a frontier outpost while soldiers chased down and caught two other Gazan insurgents who were also trying to cross the border.

This follows weeks of Hamas lead mass-demonstrations along the border, which Israel deems to be cover for attempts to breach the border fence.