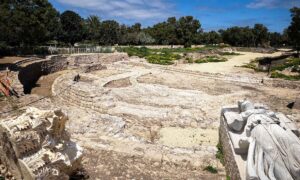 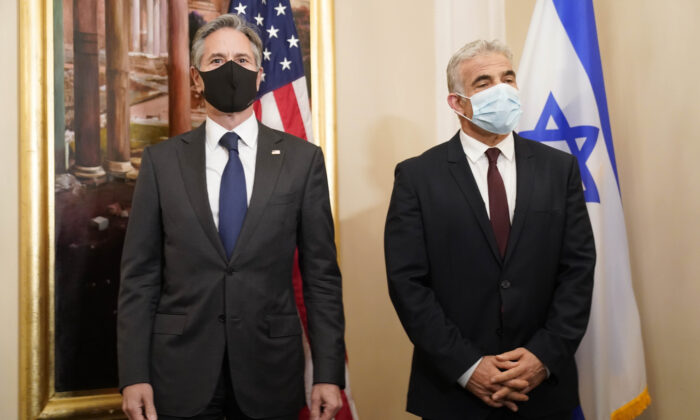 Israel Tells US It Has Serious Reservations About Iran Nuclear Deal

In their first face-to-face meeting since Israel’s new government was sworn in two weeks ago, U.S. Secretary of State Antony Blinken and Lapid had a very positive and warm discussion, according to U.S. officials.

The main topics of their conversation were the nuclear deal and Israel’s normalization accords with Gulf Arab states, as well as humanitarian aid to Gaza and the status of East Jerusalem—a topic that helped fuel the latest wave of violence between the Israelis and Palestinians in May.

“Israel has some serious reservations about the Iran nuclear deal that is being put together in Vienna. We believe the way to discuss those disagreements is through direct and professional conversations, not in press conferences,” Lapid said in brief remarks ahead of the meeting in Rome.

Iran and the United States have been holding indirect talks on reviving the 2015 nuclear deal between Tehran and the major powers that had imposed restrictions on Tehran’s nuclear activities in exchange for lifting international sanctions.

Blinken told Lapid that Washington would remain in close contact with Israel over the Iran negotiations, U.S. officials said.

Israeli Prime Minister Naftali Bennett has hewed to the opposition of his predecessor, Benjamin Netanyahu, to the 2015 Iranian nuclear deal, whose caps on projects with bomb-making potential Israel deemed too lax.

Blinken conveyed to Lapid the necessity of getting humanitarian assistance into Gaza.

Israel’s normalization agreements with various Arab countries were also discussed. In his opening remarks, Blinken said he hoped that more participants would join.

The UAE and Bahrain established ties with Israel last year in U.S.-brokered deals called the Abraham Accords, becoming the first Arab states in more than a quarter of a century to break what had been a long-standing taboo in the region.

Lapid, who also met in Rome with Bahrain’s foreign minister, Abdullatif Al-Zayani, is due to visit the UAE on June 29 and June 30. Lapid described the accord as historic.

“I hope it will be the first of many,” he said.