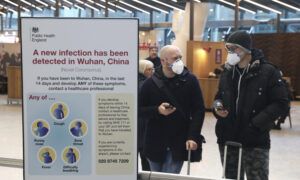 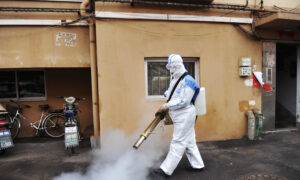 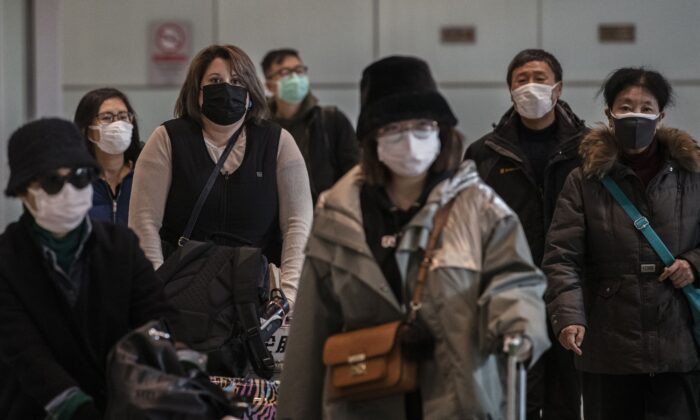 Both the Italian and Israeli governments announced Thursday that they are suspending all flights from China amid escalating fears of the coronavirus outbreak in Wuhan.

Health Minister Yaakov Litzman said his country would not allow any flights from China, adding that all travelers coming back from China will be placed in isolation at home for two weeks, reported Haaretz.

Italian Prime Minister Giuseppe Conte made a similar announcement on Thursday evening, saying all flights to and from China will be suspended, Bloomberg News reported.

“We shall not allow any flight in the near future from China to land in this country, not one,” Litzman stated during a press conference.

There have not yet been any confirmed cases of the virus—which prompted quarantines and lockdowns in Wuhan and Hubei Province—in Israel, the health ministry said, adding that it was only “a matter of time.”

Israeli carrier El Al suspended service along its Beijing route, but El Al flights to Hong Kong are still operational, according to Haaretz. China’s Hainan Airlines announced it would suspend most international flights, including to Tel Aviv, Israel. It will continue operating flights from Jerusalem’s Ben-Gurion Airport and Shenzen, China.

Litzman said in the Thursday news conference that the Israel-China flight ban would remain in effect until further notice and didn’t offer a time-table, reported The Times of Israel.

The World Health Organization (WHO), meanwhile, declared the coronavirus outbreak a global health emergency on Thursday.

“Our greatest concern is the potential for the virus to spread to countries with weaker health systems, and which are ill-prepared to deal with it,” WHO director-general Tedros Adhanom Ghebreyesus said Thursday. “I am declaring a public health emergency of international concern over the global outbreak,” he remarked.

WHO has described the kind of circumstances requiring the global health emergency declaration as “an extraordinary event which is determined to constitute a public health risk to other States through the international spread of disease and to potentially require a coordinated international response.”

In the United States, health authorities announced the country’s first person-to-person transmission case, saying that a patient contracted the virus without having been to China. The patient, from Chicago, is the spouse of a woman who had recently traveled to Wuhan in mid-January.

The Centers for Disease Control and Prevention said both patients were isolated and in stable condition. “This person-to-person spread was between two very close contacts, a wife and husband,” Ngozi Ezike, the director of the Illinois Department of Public Health, told reporters on a phone call. “The virus is not spreading widely across the community.”

Highlighting the growing concerns of the virus’s spread, Italian officials ordered the hold of a cruise ship off its coast as health authorities attempted to determine whether a Chinese woman on board tested positive for coronavirus. Later on Thursday, Italy’s Health Ministry confirmed the woman had the H1N2 strain of influenza.

“As soon as the suspected case was detected, the medical team on board immediately activated all the relevant health procedures to promptly isolate and manage” the case, Costa Cruises said in a statement. The local mayor’s office said that the ship, which had about 6,000 people on board, was placed on lockdown as health authorities investigated the case.