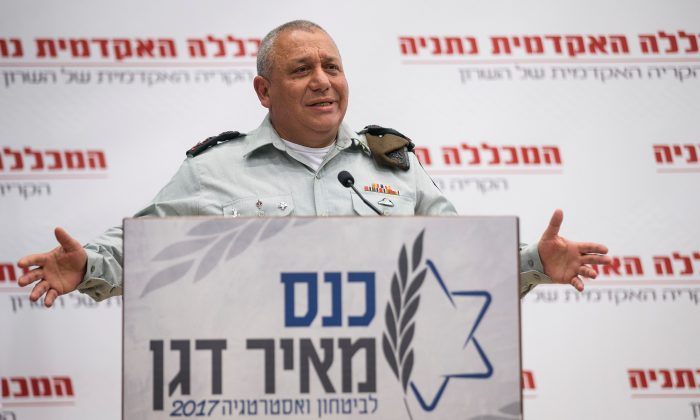 NETANYA, Israel—The chief of Israel’s armed forces said on Tuesday the death of Hezbollah’s top military commander Mustafa Badreddine last year was an assassination by the Iranian-backed Lebanese group itself.

“According to (media) reports, he was killed by his superiors, which points to the extent of the cruelty, complexity and tension between Hezbollah and its patron Iran,” Lieutenant-General Gadi Eisenkot said.

“These reports corresponded with the information we have and with our assessment,” he said in a speech in central Israel.

Hezbollah has maintained that Badreddine was killed at one of its bases near Damascus airport by artillery shelling by insurgent groups fighting Syrian President Bashar al-Assad. A war monitoring group said there had been no rebel shelling in that area at the time.

Hezbollah officials in Beirut could not immediately be reached for comments.

Al Arabiya news channel said earlier this month that Iran, which like the Lebanese group has forces in Syria supporting Assad in its civil war, was unhappy with Badreddine and wanted him removed from the battlefield.

The U.S. government believed Badreddine, 55, was in charge of Hezbollah’s military operations in Syria.

Eisenkot did not give any details on the circumstances of Badreddine’s death, which was reported in May 2016.

A senior Israeli security official, speaking on condition of anonymity, told Reuters last week that Badreddine and Iran were at odds over “how to wage the Syrian campaign” and a meeting was arranged near the airport where a Hezbollah security official shot him dead.

Badreddine was one of five Hezbollah members indicted by the U.N.-backed Special Tribunal for Lebanon in the 2005 killing of statesman Rafik al-Hariri, one of Lebanon’s most prominent Sunni Muslim figures. Hezbollah denied any involvement and said the charges were politically motivated.

For years, Badreddine masterminded military operations against Israel from Lebanon and overseas and managed to escape capture by Arab and Western governments.

Israel, which fought Hezbollah in a 2006 war and has targeted the group in Syria over alleged arms transfers, had called his death good news but stopped short of claiming responsibility.

In a letter, Iran’s Foreign Minister Mohammad Javad Zarif extended condolences “for the martyrdom of this great jihadist … who embodied devotion and vigor and was legendary in his defense of high Islamic goals and his defense of the Lebanese people who resist oppression and terrorism.”