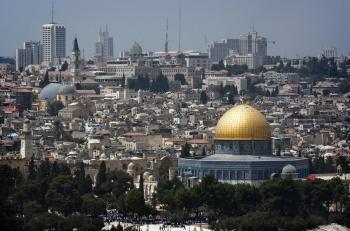 Genevieve Belmaker
Genevieve Belmaker is a former reporter and editor with The Epoch Times.
View profile
Follow
biggersmaller
Print
JERUSALEM—Living and working in Israel these past five months as a journalist has been an education that money could never buy. Each week I wrote an article for my column, Israel Journal. Along the way I have learned a valuable lesson: it never pays to sugar-coat what you really think.

My column was always about something I saw, experienced, understood, witnessed, worked on, or pondered. They were my experiences, and so limited to my point of view. Often I wondered whether I should put into writing the ideas that had been swirling around in my head that week. Once I wrote about experiencing severe culture shock, confident that it was the most honest portrayal of my life in Israel at that moment in time.

The reaction to my column about culture shock from friends and colleagues in America was mostly concern. The reaction from people I know in Israel was mostly dead silence. That was early on in my stay, so I've had time to think about the Israeli reaction to my not so rosy depiction of life here—they were in denial.

It can be difficult for people to admit that their country has problems, especially when there are serious social issues. All in all, things run smoothly and people live their lives in relative peace here. But there is a certain blend of religious devotion to Judaism mixed with a nationalistic loyalty that throws a wrench in having a lasting peace with others who are different.

If anybody can understand nationalism, it's Americans. But the religious undertones and overtones blended into almost every aspect of life here has made it hard for me to reach and understand Israelis on a truly personal level. Even though people are people wherever you go, if you're not Jewish and you live in Israel, you are reminded of it every day. That's been a tough pill to swallow in any language.

What's underneath it all is some kind of social malaise that has gone past righteous and is venturing into self-righteous. You see it in the ethno-centric headlines of the media. You notice it in the voluntary divisions of races everywhere in a place like Jerusalem. You hear it in a conversation with a Jew or an Arab when they say what they really think about life in Israel and where society is headed. Jews don't seem very hopeful about their country's future, and Arabs seem to have a frustration that is boiling just beneath the surface.

Israelis tell me that my perspective on their country has been colored negatively because I have been living in the unique and very special city of Jerusalem. They tell me blithely, "You need to get out and see the country." But they almost never stop to ask where I've been: eight Jewish settlements from large to small, a kibbutz, the Negev, Nablus, Ramallah, Tel Aviv, Ashdod, the Golan, a Druze village, and many other places. Most of the time I was visiting as a journalist, did interviews, research, and got an explanation of the life of the local people.

Now I can say, without a doubt, that I think Israel is a country with some real problems, but they are not political, they are human.

You see, the most valuable lesson Israel taught me is that the only way to get along with people is to stop judging them. If you let go of the expectation other people should do things your way, you begin to see the logic in their way—and realize that most of the time it's not better or worse—it's just different.

That's why, even though my experiences here were not always filled with joy, I can leave with a smile. It's enough to see others for who they are and embrace it wholly and with an open heart, regardless of whether you agree or understand the reasons why. So farewell Israel, until we meet again. I will leave here knowing how to celebrate differences, rather than condemn them.