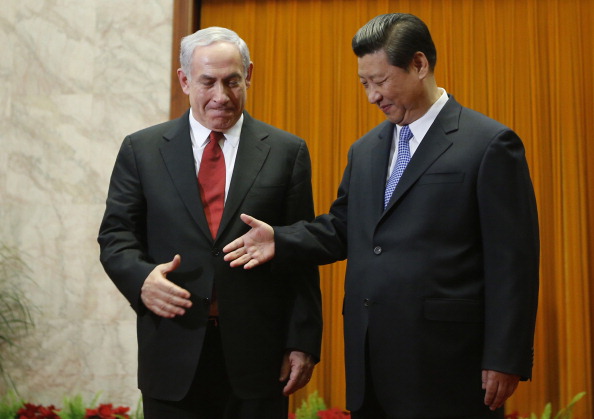 Beijing has directed significant investment into Israeli ports and railroads recently, while also purchasing Israeli artificial intelligence and cybersecurity products, high-tech systems, and electronic devices for its own use.

Now, Israeli officials are growing concerned about the security risks of China’s ambitions.

“Surprisingly, we don’t have a body that supervises operations of Chinese companies in Israel and that is very worrying,” a senior member of the Israeli legislature’s Committee for Foreign Affairs and Security told Breaking Defense, a U.S.-based online news site covering defense-related issues, in an Oct. 16 report.

China’s control of the Haifa port concerns the military world because its strategic location would allow Beijing to surveil Western naval fleets passing through Haifa.

Roughead, a former chief of U.S. naval operations, was concerned that Israeli and U.S. military cooperation would be compromised by China’s presence.

“Significantly, the information systems and new infrastructure integral to the ports, and the likelihood of information and electronic surveillance systems jeopardize U.S. information and cybersecurity,” he told Newsweek.

Israeli officials have been wary of such economic partnerships, despite the inflow of cash.

“Israel has to do business with China, of course, but there is no serious mechanism to make sure that we don’t sell off key economic assets and valuable technological knowledge,” Ephraim Halevy, the former head of Mossad—the national intelligence agency of Israel—told the Jerusalem Post in a Sept. 20 article.

Halevy added that China’s growing relationship with Iran is also a concern.

China is Iran’s largest trading partner, contributing heavily to the latter’s military modernization and nuclear technology. That’s worrisome to Israel, given its ongoing conflict with Iran.

Israel and Communist Party-controlled China established formal diplomatic relations in 1992. Bilateral trade in 1992 was only $30 million. In recent years, that number has ballooned, hovering at around $8 billion for about five years prior to 2017. According to data from the Israeli Ministry of Economy, 40 percent of all foreign investment in 2015 came from China.

In the first eight months of 2018, Israel exported $3.5 billion in goods to China, an increase of 63 percent from the year-earlier period.

Wang Qishan, China’s vice chairman, plans to visit Israel from Oct. 22 to 25 with a large delegation, in an effort to further increase trade. The group will include Jack Ma, the co-founder and CEO of China tech giant Alibaba.

Wang will participate in the fourth installment of the Israeli Innovation Summit, a meeting on technology developments in the healthcare, cyber, aerospace, and agriculture sectors to be held Oct. 24–25. Israeli Prime Minister Benjamin Netanyahu is expected to attend.

Wang, a close ally of Chinese leader Xi Jinping, will be the highest-ranking Chinese official to visit Israel in more than a decade.