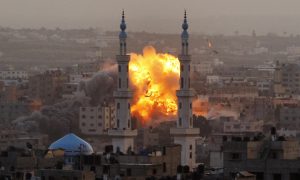 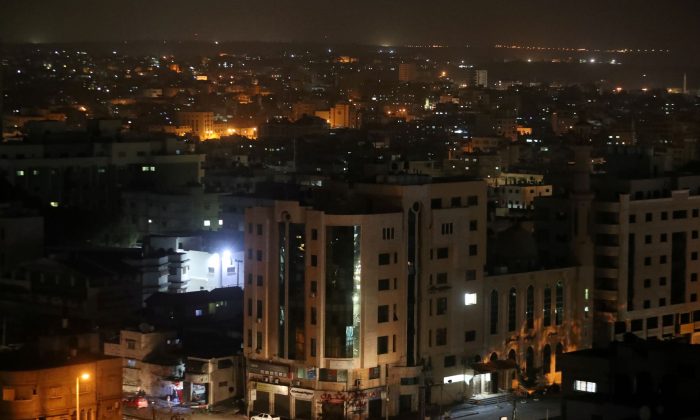 Israel says their military aircraft have bombed Hamas facilities in the Gaza Strip on Friday, March 15, hours after two rockets were launched from the Palestinian enclave towards the city of Tel Aviv in the first such attack since a 2014 war.

The air strikes hit four buildings used by the dominant Islamist group’s security forces, which Hamas had evacuated as a precaution of escalating tensions. There has been no word of casualties.

On Thursday night, sirens howled in Tel Aviv—Israel’s densely populated commercial capital—set off by what the military said were two incoming, longer-range rockets from Gaza.

The Israel Defense Forces later confirmed that neither of the two rockets caused any damage and there were no casualites, adding that the rockets had landed in the sea or not in any built-up areas.

#BreakingNews #RedAlert sirens heard in Tel Aviv. This is my street pic.twitter.com/NgSLAZKJkB

Hamas has denied responsibility for the attack, which it said took place as its leaders met Egyptian delegates about efforts to secure a long-term ceasefire with Israel.

A statement by the Hamas armed wing said it was “not responsible for the firing of the rockets tonight toward the enemy.” The Hamas administration vowed to “take measures” against those behind the salvo, which it described as violating the “factional and national consensus” governing Gaza.

Israeli analysts speculated that Palestinian militants opposed to any deal between Hamas and Israel were behind the launchings.

Israel is still trying to determine who fired the rockets. “We don’t know who carried it out,” military spokesman Brigadier-General Ronen Manelis told Israel Radio, adding: “The Hamas organization is the main organization in the Strip. It is responsible for what happens within the Strip and what emanates from it.”

Residents in Tel Aviv have been encouraged to stick to their usual daily routines. Tel Aviv Mayor Ron Huldai told Channel 10 news that the public air raid shelters across the city have been opened as a protective measure.

About 40 minutes after the alarm, traffic was flowing normally on Tel Aviv’s main highway.

Netanyahu, who doubles as Israel’s defense minister, conferred with his military and security staff, to decide the aircraft bombing response to the rockets. According to Israel’s Channel 10 news, anonymous military officials had said that the rockets had been identified as Iranian-made Fajr rockets.

Tensions have been high for the past year along the Israel-Gaza frontier since violent protests were organized near Israel’s border fence.