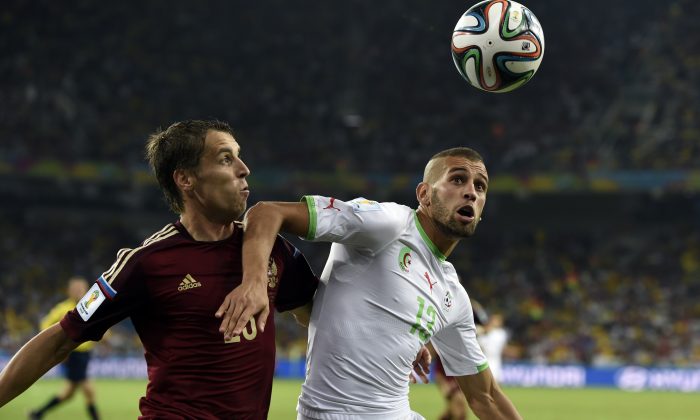 Russia's defender Dmitry Kombarov (L) challenges Algeria's forward Islam Slimani for the ball during the Group H football match between Algeria and Russia at The Baixada Arena in Curitiba on June 26, 2014, during the 2014 FIFA World Cup. (PHILIPPE DESMAZES/AFP/Getty Images)
Soccer

The Algerian forward scored with a header following a Yacine Brahimi corner in the 60th minute.

World Cup: 7 Teams Vying for 3 Spots in 2nd Round