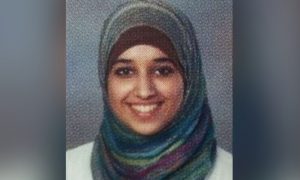 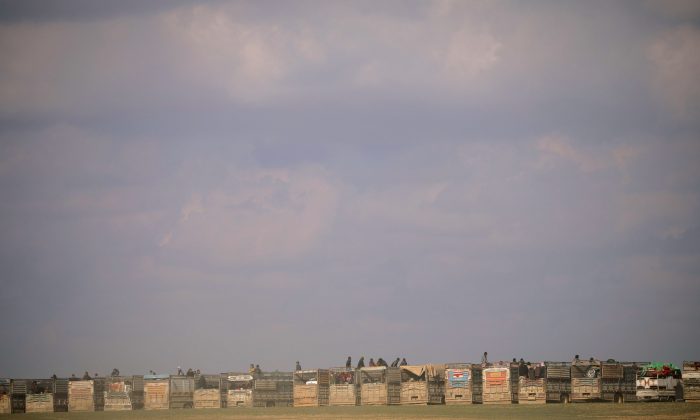 ISIS Supporters and Victims Flee the Ruins of Its ‘Caliphate’

Hundreds of people of various nationalities streamed out of the ISIS terrorist group’s last enclave in Syria under escort from U.S.-backed forces on Feb. 27, part of an exodus of both its supporters and victims from its final shred of land.

Part of Baghouz, a tiny cluster of hamlets and farmland on the banks of the Euphrates at the Iraqi border, is all that remains in ISIS possession of the “caliphate” straddling the two countries which its leader proclaimed in 2014.

Women from Iraq, Syria, Russia, Azerbaijan, and Poland; an Indonesian boy; and enslaved, traumatized Yazidi girls were among those to emerge over the past 48 hours from the caravans of trucks that trundled to an assembly point outside the enclave.

Around 40,000 people have come out over three months, including 15,000 since the Syrian Democratic Forces (SDF) announced a final assault to capture it on Feb. 9, said SDF spokesman Mustafa Bali.

The number surpassed initial estimates and has delayed SDF plans to storm the enclave or force the remaining hardened foreign fighters holed up inside to surrender.

Some 78 people have died reaching the camp or soon afterwards over three months, the World Health Organization said, two-thirds of them babies. The International Rescue Committee, an aid agency working in northeast Syria, said it was aware of two more babies dying on Feb. 27.

Many of those emerging from Baghouz still supported the organisation which had enslaved those children, pointing to its lingering threat.

Marwa, a 19-year-old Iraqi woman, said she had come to Syria after her father had been arrested and her brother killed in an air strike in Iraq.

“I feel like I’m in a dream. I left Islamic State and came here, I came out of a dream,” she said.

Umm Hisham, a young woman from Aleppo in Syria, said the situation in Baghouz was miserable.

Her husband, an ISIS member, was injured by sniper fire and insisted that she leave the enclave with their two small children so he could seek treatment.