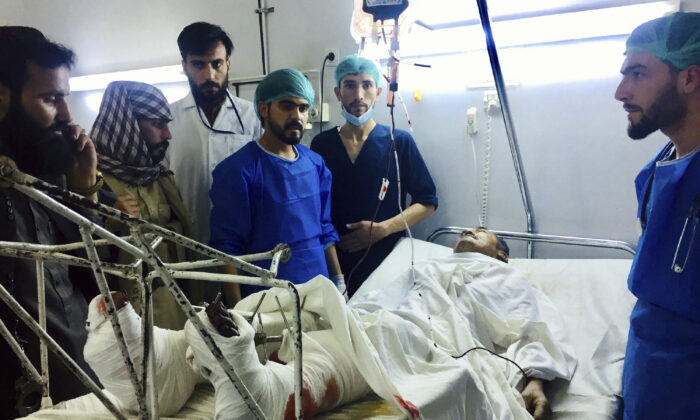 A wounded man receives treatment in a hospital, after a bombing in Mazar-e-Sharif, northern Afghanistan, on April 28, 2022. (AP Photo)
Afghanistan

The car bombings Thursday in Mazar-e-Sharif killed at least nine people and wounded 13 others, according to local Taliban representatives. The Hazaras are mostly Shiite Muslims, who ISIS consider heretics. An ISIS statement said 30 Shiites were killed or wounded in the two attacks.

Afghanistan’s minority Shiite Muslims have been targeted in a series of bombings in the past week. The ISIS affiliate known as ISIS in Khorasan Province, or ISIS-K, has attacked mosques, public buses, and schools.

The worst such bombing occurred last week, also in Mazar-e-Sharif, when a powerful bomb killed 33 worshippers as they knelt in prayer, as well as students of an adjacent religious school.

The deadly ISIS-K is proving to be one of the Taliban terrorist group’s greatest challenges. Despite Taliban raids on ISIS-K strongholds in eastern Afghanistan, attacks continue at a steady pace.