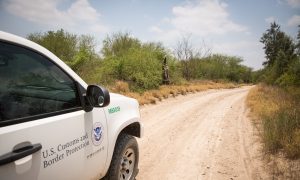 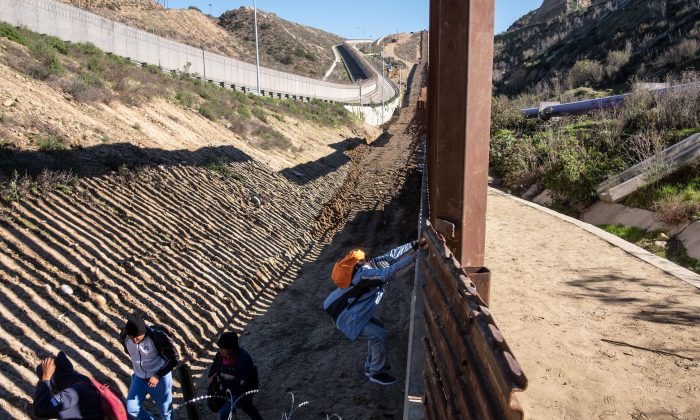 Is Trump to Blame for Migrant Children’s Deaths?

NBC correspondent Jacob Soboroff recently said “the Trump administration’s policies were responsible for the death of two migrant children in U.S. custody,” according to a report. A 7-year-old girl died Dec. 8 and Felipe Gomez Alonzo, 8, died the week of Christmas.

Soboroff said, “It’s a tragedy these two kids died, but it was preventable and predictable,” and he placed blame on U.S. detention facilities.

When Border Patrol agents noticed the boy looked ill, he was taken to a hospital, where he was given prescription medications. A short while later, he complained that he still wasn’t feeling well and began vomiting. But “the man claiming to be his father told agents that the boy did not need to return to the hospital and that ‘he had been feeling better,'” it was reported.

Agents noticed the boy still looked sick and took him back to the hospital. He lost consciousness on the way to the hospital and died Christmas morning.

Soboroff’s claim that the deaths are preventable is correct. The easiest way to prevent such tragedies is for parents and children seeking asylum to come into the United States legally.

Two groups of people are responsible for the children’s deaths: the parents who lugged their children along the onerous journey to illegally enter a sovereign nation, and any politician in the United States who refuses to secure the border.

President Donald Trump reiterated that point on Dec. 29, when he wrote on Twitter, “Any deaths of children or others at the Border are strictly the fault of the Democrats and their pathetic immigration policies that allow people to make the long trek thinking they can enter our country illegally.”

Any deaths of children or others at the Border are strictly the fault of the Democrats and their pathetic immigration policies that allow people to make the long trek thinking they can enter our country illegally. They can’t. If we had a Wall, they wouldn’t even try! The two…..

The president is correct.

A magnet for illegal aliens is the near-certain prospect of being able to enter the country via a porous, inadequately secured border. If there was no chance of sneaking into the country, because of a big physical barrier (like a wall), asylum-seekers would be forced to enter via legal means—and thus, the problem would resolve itself. Our open border is the very condition that leads migrants to make this dangerous journey.

The United States needs a strong physical barrier at our southern border, so the only option will be to come in legally. Yet, this simple measure is opposed by leftists in the United States who have framed this issue to rationalize open borders and label opponents as bigots.

The crisis on the United States’ southern border makes evident that innocent lives are being slaughtered on the altar of political correctness.

Furthermore, the United States takes in roughly a million immigrants a year, which hardly suggests an aversion to outsiders. Ultimately, this issue is about people’s blatant disregard for U.S. independence and sovereignty.

Soboroff said the administration’s policies have created a situation where the boy and “his father decided to cross” illegally. The operative word is “decided.” They weren’t forced. They made a choice to circumvent a process meant to allow them safe and legal entry.

They traveled thousands of miles, with other migrants who likely suffered from diseases such as respiratory infections, tuberculosis, chicken pox, lice, hepatitis, and HIV. They journeyed without adequate food, or water, or adequate shelter to break into another country and “seek asylum,” the new code words for getting a bunch of free stuff from a country whose laws you just flagrantly violated.

And as tragic as the loss of a child is, these children died because of decisions made by their parents and leftist politicians, not the president of the United States.

Adrian Norman is a writer and political commentator. He can be reached on Twitter @madriannorman.