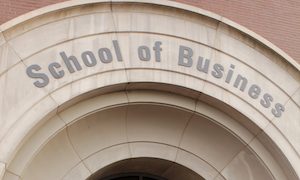 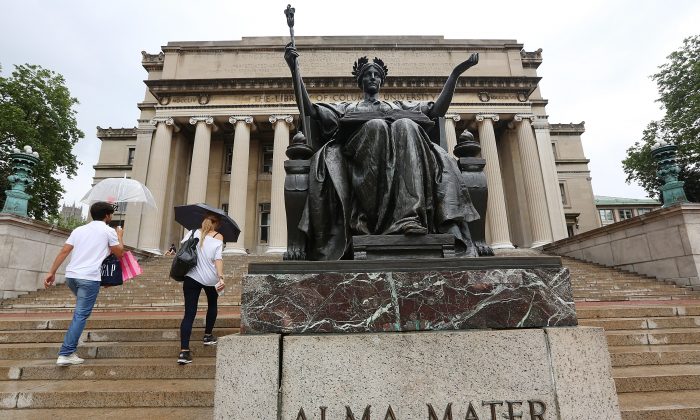 Is Today’s University a Multinational Corporation?

A growing number of colleges and universities are emerging as multinational organizations—creating startup versions of themselves in foreign countries.

Those vacationing in western France may drive past a campus of Georgia Institute of Technology. Similarly, those visiting Italy may come across a Johns Hopkins nestled in Bologna; or if you are a visitor to Rwanda, you may come across a Carnegie Mellon University campus.

According to the Cross-Border Education Research Team (C-BERT) at SUNY-Albany, 51 U.S. universities now operate 83 branch campuses outside of the United States. Arkansas State has recently announced it will build a campus in Mexico. Qatar is already home to campuses from six American universities.

This sort of activity is being duplicated by institutions from Australia, the United Kingdom, India, and more than two dozen other countries. Globally, universities in 32 countries export 235 branch campuses across 73 nations.

How are we to understand these developments? Do they bring advantages for students, academia, as well as nations? Have higher education institutions become tools of public diplomacy? Or, are such institutions evolving into multiple national corporations with limited affinity with their home nation?

For the past five years, as co-directors of C-BERT, we have been tracking the development of this phenomenon, research that has included visits to some 50 of these institutions in 15 countries.

The fact is that no longer are global activities limited to the for-profit educational conglomerates such as the Apollo Group University of Phoenix and Laureate that have developed an international footprint through investment in online education and the purchase of colleges in multiple countries.

Rather, a growing number of public and private nonprofit universities have entered this space, creating, for example, branch campuses where a student in a local country can attend classes, join student organizations, engage in research projects, and earn a degree awarded in the name of the home campus.

The earliest branch campus we’ve identified opened in the 1920s, when Parsons Fashion School in New York opened a location in Paris, so it could be in the fashion capital of the world, even though much of the growth in this sector started only in the 2000s.

Today, this effort is not limited to a handful of elite four-year institutions; it includes schools ranging from community colleges to boutique graduate schools, offering associates’ degrees to doctorates.

Proponents argue that branch campuses provide needed educational capacity in underserved areas, while allowing the home institution to diversify its revenue and enhance its reputation. Critics claim that operating under authoritarian governments hampers the academic freedom of faculty and students.

Most branch campuses seem to fall somewhere in between the glorious and the atrocious. But, first, let us look at some of the factors leading to the setting up of these branch campuses.

In our view, there are a number of internal factors pushing institutions to open branches—mainly, resources, regulations, and reputation.

Some colleges and universities are looking for new ways to expand their economic base.

With declining government subsidies at home, concerns about rising tuition rates and heightened competition for students, some colleges and universities are looking for new ways to expand their economic base, through the delivery of courses overseas, foreign research monies, and relationships with donors in other countries.

Having a physical presence is helpful, and at times necessary.

It is sometimes easier to expand and be innovative in a different country.

Also, it is sometimes easier to expand and be innovative in a different country, where the rules and regulations of the home and host nations (or states) do not constrain their efforts as much. In the United States, we have found that while accreditation standards apply to international activities, many state regulations do not extend beyond their borders.

In addition, places like the Dubai International Academic City and EduCity in Malaysia are considered “free trade” zones designed to provide such regulatory relief from both the importing and exporting nations.

Global engagement also seems to be increasingly tied to an institution’s and nation’s reputation. For example, global university rankings such as those by U.S. News and World Report and Times Higher Education factor in the international engagement of institutions.

This is not all. Higher education institutions have become tools of public diplomacy. Some exporting governments see International Branch Campuses (IBCs) as a means to strengthen their alliances with the importing nations.

There are also a number of factors pulling institutions to set up overseas.

Foreign universities have demonstrated interest in locating branches near rapidly expanding academic markets and being part of the emergence of Asia as a power player in the higher education landscape. It is no accident that most of the IBCs built in the past decade are located around the Indian Ocean and Pacific Rim.

Indeed, some countries have developed strategies and enacted policies to encourage international branch campus development through an “education hub.” Hubs usually indicate a country’s intention to promote itself as a regional or international destination for students.

Places like Abu Dhabi (UAE) and Qatar have provided financial and regulatory incentives to attract prestigious IBCs. But destinations such as Dubai, that do not offer any subsidy, are popular locations as well; in fact, IBCs are charged high rents to operate in places such as Dubai International Academic City (though they can receive exemption from many local regulations).

Some importing nations seek to raise their own international reputation by aligning themselves with well-respected institutions such as Duke, Yale, and Texas A&M University.

However, at times the reasons for expansion do not align with reality, as the recent retreats of George Mason, Michigan State, and the University of La Verne illustrate.

These campuses, like the 26 others that C-BERT data report, closed because they either encountered unexpected market and cultural conditions or lacked sufficient support from the home campus.

Unrealistic projections of revenue and enrollment, regulatory conflicts, and incompatible partnerships are the hallmarks of a bungled branch.

Creating an IBC is akin to creating a “startup” in a foreign nation—with a different set of laws, cultural expectations, and educational infrastructure. Abu Dhabi is very different from New York City. And it isn’t China either.

The established infrastructure of a campus in one country is repurposed in another country with the intention of educating students, fostering local research and innovation, and, through spillover, improving the overall quality of the domestic education sector.

As pioneers in an educational experiment, faculty and staff may be called on to help with a variety of tasks including budget planning, recruiting students, course scheduling, website design, furniture construction, staffing residence halls and even fixing computers.

It is clear that colleges and universities are emerging as important international actors, offering benefits to the institution as well as importing and exporting nations.

What is not clear is how these arrangements will affect the relationship between a nation and its higher education sector.

Historically, colleges and universities have been viewed as anchor institutions that are tightly linked to their local communities and often are significant engines of economic development.

But we are now seeing campuses move locations in their effort to find “best deals” in terms of more regulator flexibility or government subsidies. The University of Chicago’s Booth School of Business announced in 2013 that it would leave Singapore and set up shop in Hong Kong.

Similarly, the University of Nevada–Las Vegas, has indicated that it will leave Singapore this year. It is now looking for another Asian base.

Do these trends suggest that U.S. universities will close their home campus if they get a better deal elsewhere? Likely not. Much of the cachet of the branch campus comes from being associated with a home country like the United States, for example.

But both institutions and nations need to realize that these endeavors can be big gambles, and not everyone has a winning hand.