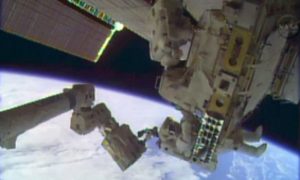 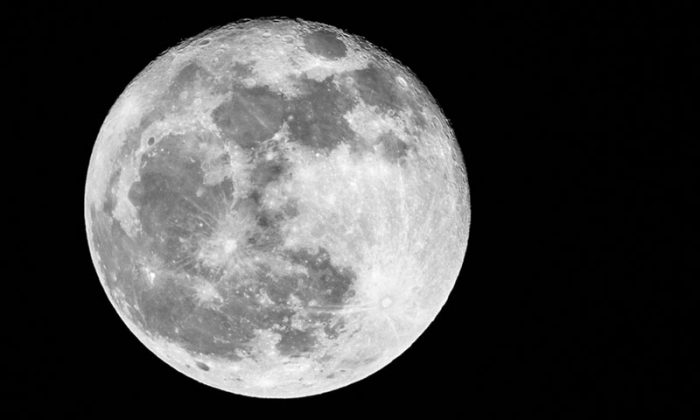 Is the Moon Man-Made? Hollow?

Is the moon hollow? Was it man-made, with a thick layer of dust simply covering its metal frame over billions of years?

Of course, this supposes that advanced human civilizations existed billions of years ago, a theory which has also gained some attention as artifacts are found that call into question the conventional understanding of history.  (See Epoch Times special topic Reconsidering History)

Such theories remain of interest to many as scientists continue to study the moon and learn about its composition and workings.

Here’s a look at some moon oddities sometimes cited by proponents of the theory that the moon is hollow or man-made.

NASA created an impact on the moon in 1969 so Apollo 12 astronauts could measure the resulting seismic waves. The shock waves shocked scientists.

Very different from any seismic phenomena recorded on Earth, the vibrations continued for about an hour and started out as small waves that gained in strength.

Dr. Ross Taylor’s explanation is quoted in the Apollo Lunar Surface Journal on the NASA website. Taylor is a lunar scientist who helped examine samples gathered by Apollo 11.

He said: “This was one of those extraordinary things. When you had the impact of these things on the moon, unlike a terrestrial earthquake, which dies away quickly, the shock waves continued to reverberate around the moon for a period of an hour or more, and this is attributed to the extremely dry nature of the lunar rock.

“As far as we know there is no moisture on the moon, nothing to damp out these vibrations. The moon’s surface is covered with rubble and this just transmits these waves without them being damped out in any way as they are on Earth. Basically, it’s a consequence of the moon being extremely dry.”

Some scientists say the gravitational force around the moon shows that it must have a certain mass, that it could not be hollow.

Image of the “moon orbiting the Earth” via Shutterstock

Italian physicist Lorenzo Iorio published an article in the Monthly Notices of the Royal Astronomical Society in 2011 discussing the “anomalous behavior” of the moon.

He said a slight change over time in the lunar orbit could not be explained within the current paradigm. The moon’s orbit is increasing in eccentricity.

Eccentricity is a measure that describes how much an orbit deviates from a perfect circle.

Iorio concludes in the study abstract, “The issue of finding a … [satisfactory] explanation for the anomalous behavior of the moon’s eccentricity remains open.”

Some craters on the moon have convex bottoms (with a surface that is curved or rounded outward) instead of concave (curved inward, or hollowed), which some say is evidence of a rigid (man-made) shell below the surface layer. When meteors hit the moon, one would expect them to make concave craters.

Charles A. Wood, of the Department of Geological Sciences at Brown University, wrote in a 1978 paper that these convex craters were likely created by lava. He said the lava seeped up through fractures to the surface.

He noted: “For the lava to form rings rather than ponds … requires a higher viscosity or a lower extrusion rate than normal mare lavas [“Mare” refers to large, dark plains on the moon formed by volcanic eruptions once thought to be seas]. The magma may have been mare basalts erupted under unusual conditions, or mare basalt that differentiated within pockets, or in some cases, a non-mare magma type.”

Whether intentionally made to serve some function or not, the moon provides a service to the Earth.

“The moon stabilizes Earth’s wobble, which has led to more stable climate,” according to NASA.

NASA scientist Dr. Eric Christian and NASA education outreach specialist Beth Barbier explain more in post on NASA’s website: “[The moon adds] drag to the Earth’s rotation in the form of tides, both oceanic and internal. This added drag tends to stabilize the rotation. It is also gradually slowing down the rotation of the Earth, which gradually lengthens Earth days.”

Image of the “sun, moon, and Earth” via Shutterstock

Origins of the Moon

Origins of the Moon Part II

*Image of the “moon” via Shutterstock