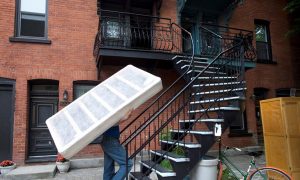 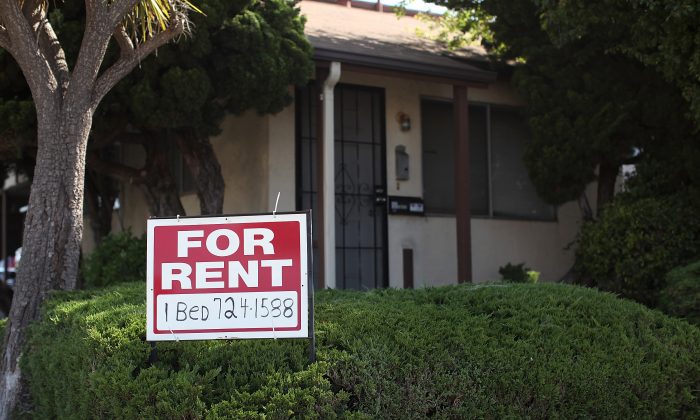 A "For Rent" sign is posted in front of a house in Richmond, Calif. in June 2012. (Justin Sullivan/Getty Images)
Northern California

Is Statewide Rent Control a Good Idea for California?

A controversial piece of legislation — Assembly Bill 1482, known informally as the rent control bill — passed the Assembly and recently cleared the Senate Appropriations Committee with a 5-2 vote. If the bill also passes the Senate, California would become one of the few states in the country that regulate rent prices at the statewide level.

AB 1482 was initially introduced last February by Assemblyman David Chiu (D-San Francisco) and has gone through several rounds of negotiated amendments. The latest version of the bill would place the cap on annual rent increases at 5% plus the percentage change in the cost of living, or 10%, whichever is lower. These strictures would remain in place until the year 2030. A previous version of the bill capped rent increases at 7% until the year 2023.

Chiu, who refers to the legislation as an “anti-rent gouging” measure rather than rent control, recently said in a statement, “As this bill moves forward, I will do everything in my power to get it over the line and ensure as many Californians as possible have protections from egregious rent increases and predatory evictions.”

There has been vocal opposition to the rent control bill from both tenants and lobbying groups such as the California Association of Realtors. While they openly support a strategy that “increases the housing supply for rent and ownership,” they strongly believe that the current bill “will not incentivize production of rental housing or help more people find an affordable place to live.” In their view, AB 1482 “discourages new rental housing.”

The California Rental Housing Association, which represents almost 22,000 members, acknowledges that rent control policies are aimed at “improving housing affordability. [But] in fact, they may do just the opposite.” They base this claim on a study conducted by Dr. Lisa Sturtevant, an economic, demographic and housing marketing analyst, who found that rent control and stabilization policies effectively reduce the supply of housing, generally cause rents to rise higher, and generate noteworthy fiscal costs related to implementing such regulations.

“We will be taking a step backwards with a policy that discourages development of new housing and will further worsen the housing crisis for Californians,” according to a statement by Sid Lakireddy, president of the California Rental Housing Association.

Some of the bill’s critics have also pointed out the lack of safeguards for senior citizens and other tenants who live on a fixed income. Vincent Justin, a disabled senior who resides in Richmond’s Heritage Park, told the media outlet: “We don’t get raises [from the Social Security Administration] as often as [landlords] want to increase the rents.”

Other commentators, such as Forbes’s Adam Millsap, simply view the proposed bill as an ineffective way to solve more pressing problems related to the California housing crisis.