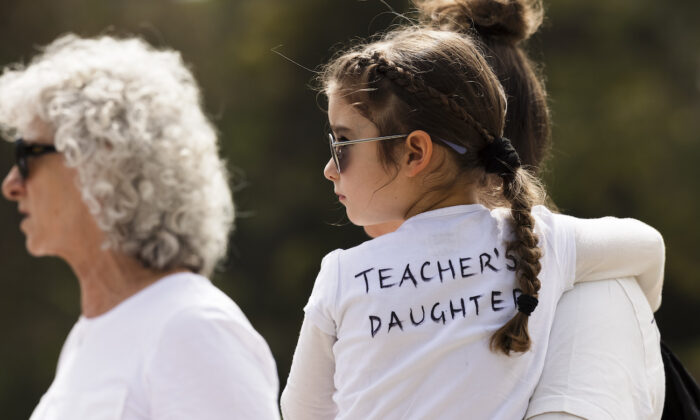 Is Punishing Opponents for Personal Decisions the New Australian Way?

In an article provocatively entitled “Are We Headed for a Civil War?” Star Parker speculates about the likelihood of a second internal conflict in the United States. She argues that to ensure a peaceful future, and avoid the inferno of a civil war; a country must have common core values and principles that are supported by the majority of its citizens.

In this context, she is ambivalent about the future of the United States because of the divisiveness created by recent developments: “Just as the presence of slavery challenged the core values and beliefs on which the nation was founded, so today issues such as abortion, sexual identity, and the nature and existence of marriage and family are dividing the common ground on which we stand.”

Interestingly, these issues also divide the Australian polity. Indeed, Australians are divided by governments’ contentious implementation of social engineering legislation, such as the decriminalisation of abortion, the legislative embrace of the politics of gender dysphoria and identity, the role of race-based distinctions, and the proposed incorporation of the Voice in the Constitution.

Australians also hold different and incompatible views on same-sex marriage, the imposition of severe restrictions on the movement of people during the pandemic, the use of anti-discrimination legislation to restrict free speech, and governments’ uncritical adherence to the climate change mantra.

These issues, which are emanations of Australia’s woke agenda, have contributed to the demonstrable malaise in the relationship between individuals and governments and has fuelled people’s cynical distrust of politicians.

More importantly, in eroding the erstwhile common heritage of beliefs and values, governments have been instrumental in creating a society that is radically different from the society that existed even 20 years ago.

In contrast, others are of the opinion that these values and principles upon which a nation is based unavoidably evolve over time to accommodate the interests of new generations.

A common characteristic running through Australia’s woke agenda is the disproportionate influence wielded by minority groups that seek to impose their agenda on Australians.

However, what is new is that the imposition of Australia’s woke agenda has come with the threat to retaliate against any opposition to its implementation. These opponents are ridiculed, ostracised, and even punished. Thus, the new society has become increasingly intolerant of those who oppose, even indirectly, the “enlightened” agenda of the present policymakers. It is this trend of intolerance that may well spread the germs of discontent, which could lead to widespread civil unrest.

This is found in the recent decision of the Queensland government to dock the salaries of its unvaccinated teachers for 18 weeks because of their decision to refuse to comply with a direction to be vaccinated against the COVID-19 virus.

The letter sent on Aug. 22 stated that: “Your conduct in failing to comply with the direction posed a risk to the health and safety of your co-workers, students, and members of the public, which was mitigated only by the steps taken by the department to suspend you from duty.”

The argument in favour of vaccine mandates, advanced by health experts, is that non-vaccinated people threaten the health and safety of other people, as is recognised in the letter from the Education Department. However, such an argument has since proven to be erroneous because vaccinations neither prevent the disease nor the transmission of the virus.

But, in any event, people have a right to control their own bodies—a part of the core values that Australia always subscribed to in the past. By refusing to comply with the direction, unvaccinated teachers’ lives and livelihoods have been ruined when they were suspended, and yet, they are now subject to governmental punishments that are disproportionate to the actions of the dissident teachers.

This policy by the Queensland education department has the overwhelming ring of the heavy-handed approach of an authoritarian state that disrespects the dignity and integrity of people.

Will We Respect the Dignity of the People

Its decision may also have the unfortunate side effect that teachers may no longer be committed and dedicated to their job since their efforts would not be compensated properly. If so, it will adversely affect the education of children and students, whose education should be the primary concern of the department.

Moreover, in docking 18 weeks of pay, disgruntled teachers may well decide to leave the profession, thereby exacerbating the desperate need to attract more people to the profession.

Of course, the initiation of court cases to overturn vaccine mandates has been unsuccessful in Perth and Sydney.

But judicial pronouncements, in themselves, are unlikely to end the debate about the ostensible violation of a person’s free choice.

Indeed, there is a need to reconnect the decisions taken by bureaucrats and experts with the requirements of morality to ensure that the prevailing social practices respect the dignity of people.

According to the late Ronald Dworkin, a legal philosopher, people’s political rights against the state should be maintained because such rights still form an intrinsic part of every constitutional order based on the rule of law. According to him, the rule of law involves society’s effort to protect rights that are deemed desirable on various grounds connected with matters of individual autonomy and justice.

In conclusion, what we see in Australia is a pronounced bias in favour of illiberal trends, which subject individuals to the draconian power of the state, willing to punish those who oppose its agenda.

I wonder which side the penalised teachers would be on if there were a serious conflict in Australia? Will the Australian polity heed the message of Star Parker?