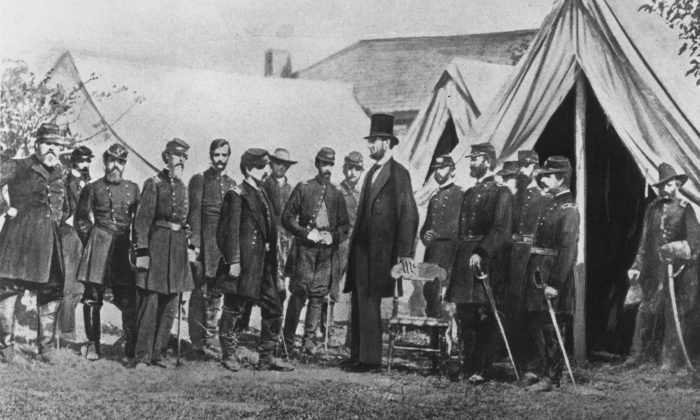 Are We Headed for a Civil War?

I wrote a column in 2011, as the presidential politics of the upcoming year were starting to unfold, with the headline “Why 2012 Looks a Lot Like 1860.”

The issue of slavery in the 1850s—whether or the extent to which it should or could be tolerated in America—tore apart the fabric of common values in the nation, and the result was collapse.

There were presidential candidates in 1860 running on four different party tickets—the newly formed Republican Party, the Constitutional Union Party, and Northern and Southern parts of a split Democratic Party.

Soon, there would be a bloody civil war.

For a nation to function, there must be some common denominator of shared values and principles.

This common denominator of shared values and principles is dangerously eroding today, and animosities are sharpening and deepening.

Am I predicting another civil war? God forbid.

But the depth of animosities now is looking less like the healthy discourse of a free country and looking more like the unraveling of our social fabric. It’s dangerous, and we should be aware of what is going on.

A new survey released by Pew Research Center bears out this trend, showing animosities between those identifying with the two parties getting increasingly sharp and increasing numbers of Americans, particularly younger Americans, not happy with either party.

This is all consistent with a new survey from Gallup showing that more than half, 52 percent, of young Americans born between 1981 and 1996 identify as independents.

Just as the presence of slavery challenged the core values and beliefs on which the nation was founded, so today issues such as abortion, sexual identity, and the nature and existence of marriage and family are dividing the common ground on which we stand.

Related to this is the core question of government and its role in the lives of private Americans.

When our divisions become so deep that civil discourse can no longer mend what has unraveled, we need to tread carefully.

Another recent Gallup poll shows 53 percent of Americans saying they worry “a great deal” about crime and violence.

How can a nation remain intact when large parts of the population have absolutely nothing in common with each other regarding how they see the world?

Limited government and individual freedom are the classic American answers. Unfortunately, we seem to be going in the opposite direction.