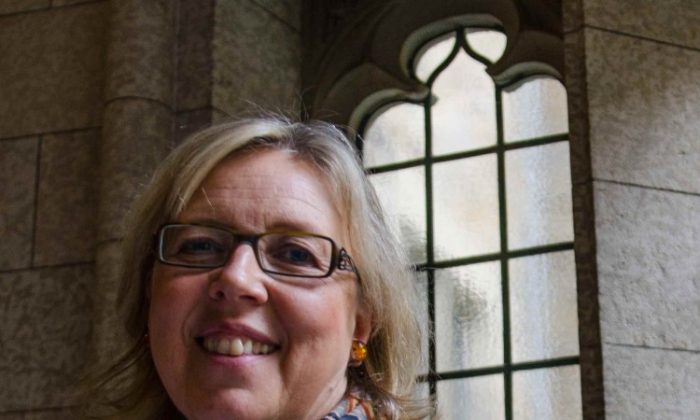 Green Party Leader Elizabeth May said she cannot understand why some MPs find it so hard to admit that China is run by an authoritarian regime. (Matthew Little/The Epoch Times)
US

Is China Under an Authoritarian Regime?

Manuel Balan, an assistant professor at McGill University, said he could give a long and complicated answer but boiled it down to a simple yes. “According to current accepted definitions, China’s government is authoritarian,” he said.

Liberal leader Bob Rae and Elizabeth May were the only MPs able to clearly identify China had an authoritarian regime, though a handful of others came close.

Treasury Board President Tony Clement said, “It’s not a democracy, that is for sure.”

Liberal MP Scott Brison said, “It is not a democratic government and there certainly is an authoritarian discipline within the government. The Chinese have a different system of governance, and their’s is more authoritarian than ours.”

Paul Calandra, parliamentary secretary to the Minister of Canadian Heritage, said he “wouldn’t know” and was focused on his parliamentary duties.

Government whip Gordon O’Connor deferred the question to John Baird, Minister of Foreign Affairs. NDP environment critic Megan Leslie said she would need to reference her political science textbooks and get briefed on the situation in China before answering.

Liberal House Leader Marc Garneau asked for time to think about it, while Tory MP John Weston said it was too broad a question to answer in brief.

Fellow Tory Brian Jean also declined to answer but hinted that he thought China was under authoritarian rule when he said there were two ways to beat an authoritarian regime, conquer them or trade with them, and that conquering them was a bad idea.

Canada’s youngest MP, the NDP’s Pierre-Luc Dusseault, said it was not clear whether China’s regime was authoritarian or not.

“It is not a black and white question,” he said.

Liberal MP David McGuinty used that same phrase, but went on to say China was a country in “full transition.”

Listing a series of changes, including economic and travel reforms that have little to do with deciding whether the government is authoritarian, McGuinty said the country was changing quickly.

NDP Paul Dewar had a similar answer but pointed to internal debates within the regime as evidence there could be something afoot that would move China toward greater freedom.

“It is a government that has been seen as an authoritarian model. I think it is changing. I think you particularly see that at the municipal level.”

He said China is under “very tight command and control,” but he was hopeful changes in the upper echelons of the regime would translate into broader change.

China’s ruling communist party is currently facing a leadership change with reform-minded cadres appearing to get firmer control over the party. Whether their vocal support for reforms will translate into actual reform is unknown.