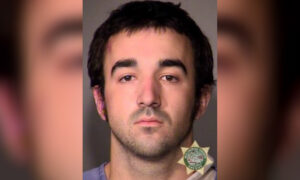 Trump Says Antifa to Be Designated a Terrorist Organization
0
Crossroads

Is CCP Involved in the George Floyd Riots? Terror Designation May Go Beyond ANTIFA

The far-left extremist group Antifa will soon be designated a terrorist organization, according to President Donald Trump. Attorney General William Barr declared that the protests now spreading across the United States “are being hijacked by violent radical elements.” He also stated, “The violence instigated and carried out by Antifa and other similar groups in connection with the rioting is domestic terrorism and will be treated accordingly.”

And questions are growing on which organizations are behind the riots. While Antifa is being called out directly for subverting the protests, other far-left organizations are playing key roles. Among them is Democratic Socialist of America, which has been actively participating in the riots, and which formed a national network to coordinate “antifascist” operations. Similar organizations are also involved.