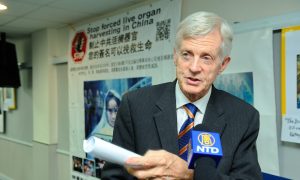 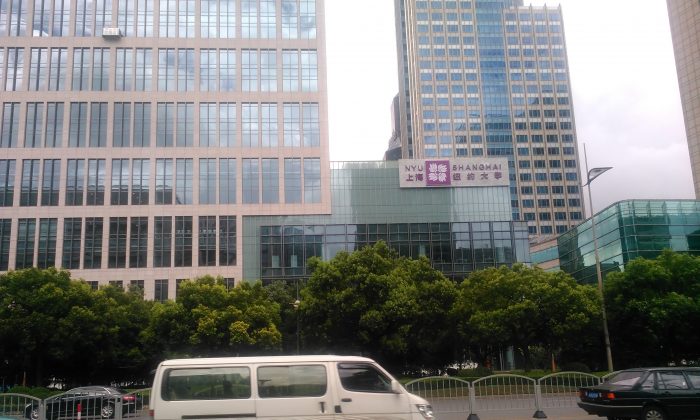 The New York University in Shanghai in this file photo. (Public domain/CC0)
China

Is Academic Freedom in US Universities in China Secure?

WASHINGTON—Several academic institutions of higher learning are opening satellite or branch campuses in China, and the number is growing fast. Many China observers, particularly college professors, wonder whether the openness and freedom of inquiry that we have become accustomed to in the states can thrive in an authoritarian country, in which the communist rulers officially condemn Western values.

In view of these developments, Chris Smith (R-N.J.), on June 25, convened a hearing, Is Academic Freedom Threatened by China’s Influence on U.S. Universities? This is the second hearing on the topic with more hearings to come.

A skeptical Smith asked in his opening statement, “Is it possible to accept lucrative subsidies from the Chinese government … operate campuses on their territory, and still preserve academic freedom and other [American] values …?”

China’s Ministry of Education states on its website that it has approved 11 U.S. universities and one U.S. individual to partner with Chinese to run 14 university campuses, according to the Congressional Research Service. Nine U.S. educational partnerships in China are operational now.

Smith noted the appeal of these cooperative ventures, including funding from the Chinese regime that typically covers all campus construction costs and some or all operating costs, as well as revenue from fee-paying Chinese students on China-based campuses, who later may become alumni donors.

We need to know what compromises, if any, were made to gain a small slice of the China educational market.
— Chris Smith, U.S. representative and chairman, House Subcommittee on Africa, Global Health, Global Human Right and International Organizations

Money isn’t the only reason for American universities’ interest in the People’s Republic of China(PRC), said Robert Daly, director, Kissinger Institute on China and the United States, Wilson Center. “They also cooperate with China in order to fulfill their academic missions. American scholars need access to Chinese archives, data, and research sites.”

“We need to know what compromises, if any, were made to gain a small slice of the China educational market,” said Smith. And what pressures are being placed on them to compromise academic freedom. Smith noted that some of the agreements are public and some are not. Smith has initiated a GAO study to review the agreements of satellite campuses in China and Confucius Institutes in the United States.

Daly reminded the subcommittee that the “the primary mission of Chinese higher education is not the advancement of knowledge.” It serves the Chinese Communist Party (CCP) in providing the training of personnel for continuing the development of China’s economy.

The CCP has begun a national campaign to guard against the influence of Western thought, which was spelled out in “Document 9” in 2013 that lists the seven “taboos” alluded to above, subjects not to be discussed in the classroom, such as Western constitutional democracy, universal values, civil society, and the free press.

The primary mission of Chinese higher education is not the advancement of knowledge.
— Robert Daly, director, Kissinger Institute on China and the U.S., Wilson Center

Further, Daly said these proscriptions have been strengthened in 2014 by the Communist Party directive called “Document 30.” It calls for the cleansing of Chinese universities to be achieved by making Marxism a subject of study and research, emphasizing the training of the next generation of communist leaders, and advancing the Party apparatus within the universities.

Yaxue Cao, founder and editor of ChinaChange.org, quoted the 2003 regulation on Chinese-foreign Cooperative Education at the hearing: “Courses and imported textbooks in these joint-venture programs or universities must be submitted to government review [and approval].” Further, they must provide courses on political education, indoctrinating students with Marxism–Leninism, socialism with Chinese characteristics, Maoism, and the Party’s view of history, just as similar domestic institutions are required, she said.

But it gets still worse. In January of this year, Minister of Education Yuan Guiren told Chinese university leaders “to reduce the number of Western-published textbooks in their classrooms,” said Daly at the hearing.

“Yuan’s statement sounds like a direct order to Chinese universities and a direct threat to American schools that offer American degrees on Chinese soil,” said Daly. If Western textbooks are inimical to the regime, how much more dangerous would be Western faculty teaching in China?

These developments are echoed in a proposed law on foreign NGOs that includes foreign educational institutions. The U.S. universities residing in China would come “under management by China’s Public Security Bureau, treating them, in effect, as criminal suspects,” Daly said.

Lawrence testified that the Chinese regime has been “willing to relax some of these requirements, particularly in the case of jointly-operated institutions …”

Daly also testified that in practice, this campaign and Yuan Guiren’s pronouncements haven’t had much effect. So far, Daly knows of no reports of Chinese faculty required to revise their reading lists or of Chinese colleges altering curricula. And there has been some questioning and mocking even in state-run media on restricting Western textbooks.

Daly speculates that the Party can’t enforce calls for ideological purity without jeopardizing the effort to make China a leader in the international knowledge economy.

Testimony at the hearing from two U.S. universities in China state that there was no interference by the regime in matters of the curricula, faculty hired, and teaching, and that these American universities are “islands of freedom,” to use Smith’s terminology.

However, there is a CCP presence in the jointly run educational institutions, where regulations require the president or chancellor to be a Chinese citizen, resident in China, who must “love the motherland,” said Sarah Lawrence, from the Congressional Research Service. The latter phrase is interpreted to mean loyal to the CCP, she said.

Lawrence said that U.S. media reports indicate that there is more freedom of discussion in the joint campuses than in the Chinese universities, and that some of these campuses have “arrangements allowing students unfettered access to the Internet, including the sites that are usually blocked in China, such as Google, Gmail, Facebook, Twitter, and YouTube.”

Lawrence cautions that although these campuses may enjoy a greater level of academic freedom, the “legal guarantees underpinning such zones of free speech remain ambiguous.” What is the long-term future of such zones? She points out that joint campuses tend to be heavily subsidized by the Chinese regime, and so the latter has a lot of leverage if it wants to use it.

Lehman teaches a course that all students are required to take, where he uses Western thinkers, such as Plato, Aristotle, Montesquieu, Rousseau, Adam Smith, Gandhi, and Hayek. “These are the same readings I would use if I were teaching the course in New York,” he wrote.

Lehman said that the principles of academic freedom are honored every day. If that were to change, NYU Shanghai would be closed down, he said.

Lehman’s testimony was at best incomplete, according to Cao, who has struggled to get information on NYU Shanghai, and she is not alone. Smith said, “Let the record show that we have invited NYU’s president and faculty sixteen times to testify before this committee, without success.” Smith said he was pleased that Lehman was present at the hearing.

One of Cao’s main concerns is the secrecy of the agreement signed between the NYU and Chinese authorities, based on a letter in September 2013 from five elected officers of NYU-American Association of University Professors, who complained, “The Shanghai initiative was conceived and shaped with minimal faculty consultation.” They assumed that the agreement involved accepting vast sums of money from the PRC, and worried that it could undermine NYU’s academic freedom.

Lehman said at the hearing, “NYU does not profit financially from its activities in Shanghai.”

But in “New York University Shanghai: What Is the Deal?” published on China Change, Cao writes that the amount that the Chinese government funds NYU Shanghai is not publicly available. She notes that in November 2014, NYU President John Sexton announced in Shanghai a US$1 billion endowment for NYU Shanghai, due to three donors, two of the three whom Cao determined were in fact retired, high-ranking Party officials.

The testimony from the president of Fort Hays State University, which is involved in partnerships in three Chinese provinces, was more equivocal than Lehman’s. Dr. Mirta Martin said that since 2001, soon after the partnership began, the Chinese regime “has not asked to review curriculum, content or faculty credentials,” and there has been no censorship of any course.

Tiananmen Square is the only topic our faculty have chosen to avoid, not at anyone’s request, but because it is believed to be too sensitive in China
— Dr. Mirta Martin, president, Fort Hays State University

In the course American Government, a significant amount of time is spent on concepts of due process, freedom of speech, freedom of the press, freedom of religion and assembly, and the Bill of Rights.

“Our faculty have total control over the design and content of the curriculum. They select the textbooks, prepare exams and quizzes, assess students and issue grades,” she said.

In Fort Hays’s English 101 ad 102 classes, emphasis is given to “academic integrity and honesty, particularly plagiarism.”

“While we stay away from hot-button topics like Tibet or Taiwan, we do include topics such as the environment, especially pollution … and branding and market, including the concept of fake or imitation products,” she said.

“Tiananmen Square is the only topic our faculty have chosen to avoid, not at anyone’s request, but because it is believed to be too sensitive in China.”