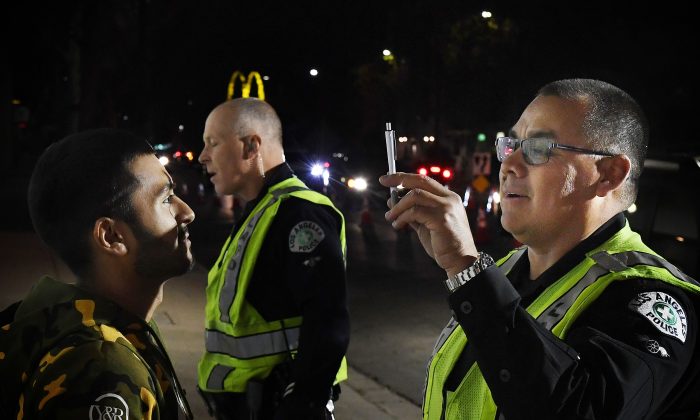 The Irvine City Council announced Aug. 9 that it will spend about $190,000 from the state’s cannabis sales tax for police officers to be better trained to prevent impaired driving.

Irvine was one of 45 local law enforcement agencies and nonprofits that split more than $12 million from the Highway Patrol Cannabis Tax Fund Grant this year.

“This is an opportunity to work with various traffic safety stakeholders to help make California’s roadways safer for all who use them,” CHP Commissioner Amanda Ray said in a June 30 statement.

The plan adopted by the council calls for training 25 officers, about half of them in 2022 and the remainder in 2023.

Statistics from the Irvine police crime unit showed DUI arrests have gone down in recent years while related collisions have increased. In 2021, there were 118 DUI collisions in the city, 5 of which were fatal.

An Irvine police spokesperson told The Epoch Times marijuana intoxication is a part of the problem.

In 2016, Californians passed Proposition 64, which legalized recreational use of marijuana for adults 21 and older. The proposition also mandated that the state set aside tax income from cannabis sales to pay for officer training to help reduce impaired driving incidents.

Under Prop. 64, local agencies are to submit grant proposals in February for projects beginning in the following fiscal year, which starts July 1.