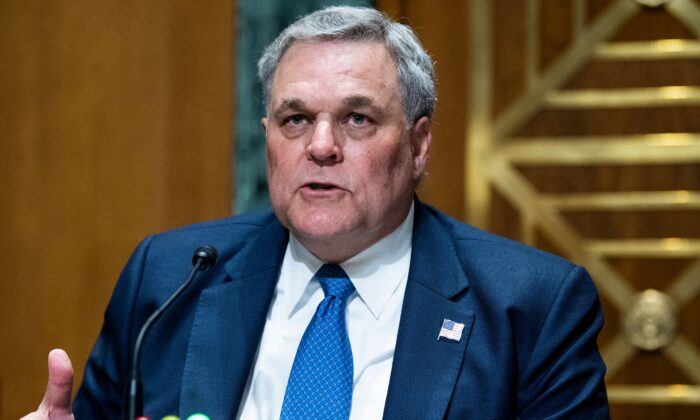 IRS Gave Stimulus Money to Dead People, Even After Error Was Identified: Audit

The Internal Revenue Service (IRS) erroneously paid about $64 million in stimulus checks to deceased individuals, even after a computer error was identified, according to a watchdog report.

The American Rescue Plan Act, signed by President Joe Biden on March 11, 2021, created a fund for stimulus payments of up to $1,400 to many Americans.

The IRS sent about 44,900 such payments to people listed as dependents, but who had died prior to Jan. 1, 2021, according to the Treasury Inspector General for Tax Administration (pdf).

The watchdog stated that the payments resulted from a programming error that it notified the IRS about in April 2021.

“IRS management agreed that these payments were issued erroneously. However, IRS management did not provide their corrective action to address future erroneous payments. We identified 406 additional payments for a deceased dependent that were issued after we alerted IRS management,” the inspector general said in a report.

Another 18,845 payments totaling $29 million were sent to other deceased individuals, according to the watchdog.

It also identified more than 1 million other payments given to potentially ineligible people, including people who aren’t U.S. residents, totaling more than $1.8 billion.

It recommended that for any potential future stimulus payments, IRS officials should take action to prevent ineligible people from receiving stimulus money.

“IRS management stated that they will consider lessons learned from the 2020 and 2021 legislation to prevent payments to or on behalf of ineligible individuals to the greatest extent possible, should additional stimulus payments be enacted by Congress in future legislation,” the watchdog report reads.

The findings come after the inspector general, in a May 2021 report on earlier stimulus payments, found that the IRS, as of July 16, 2020, had issued more than 4.4 million such payments totaling nearly $5.5 billion to people flagged as potentially ineligible, including roughly $3.5 billion that was sent to 2.1 million dead people.

At the time, the watchdog advised the IRS to develop processes to cross-check tax returns to identify and prevent payments to people who shouldn’t get a stimulus payment, but the IRS didn’t agree, claiming that its systems couldn’t use outside data sources to obtain the necessary information.

The watchdog said the IRS could use the taxpayer-identification numbers it already captures.

“While this effort may require additional programming to retrieve the dependent information, we strongly believe that the IRS should consider these changes for any future advance payments that may be issued as improper payments related to dependents remains an ongoing concern.”

The IRS declined to comment beyond its agreement with the watchdog’s latest recommendations.

“Every year, the federal government distributes billions of dollars in unnecessary and improper payments to Americans who have long since passed away—a staggering oversight that must be addressed,” Craig said in a statement. “Improper payments from the IRS result in a cost to the taxpayer and erode the confidence we have in our federal programs.”