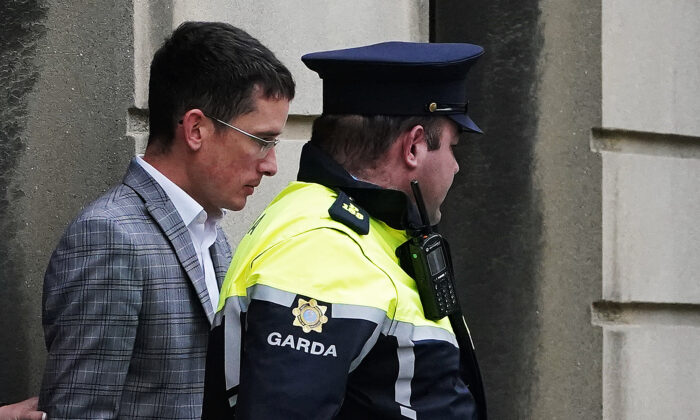 An Irish evangelical Christian schoolteacher who was jailed for breaching a court order following his refusal to use gender-neutral pronouns, has had his bid to prevent the school from continuing his suspension rejected by a judge.

On Sept. 5, Enoch Burke was jailed after he defied a restraining order that ensued from a dispute with Wilson’s Hospital School in County Westmeath, Ireland, over a directive to address a student by the pronoun “they,” citing his devout Christian beliefs.

Burke was subsequently sent to Mountjoy Prison in Dublin by a High Court judge after he breached a temporary court order to stay away from his workplace and to not attend the classroom of the Church of Ireland school.

At the time, Burke told the court that he had no intention to abide by the court order. The judge said the issues should not be conflated, and that Burke was in jail because he had violated a court order.

The teacher returned to prison on Wednesday after the orders he sought were rejected by Justice Eileen Roberts.

He had made an application seeking an injunction against the process and told the court that the process was “unlawful.”

“I do think it is a gross injustice that the plaintiff and the court is seeking to deny me my religious beliefs and take away something that ultimately guaranteed. I go back to jail as a law-abiding subject of this state always but a subject of God first,” said Burke.

He also claimed that any conclusion reached as a result of the disciplinary process would be “legally unsustainable.”

Roberts said that while Burke was entitled to his “genuinely held” religious beliefs, they were not attacked by the decision of the school to put him on paid administrative leave.

She added that he had an opportunity to “purge his contempt,” which would involve him committing to not violate the court order again, but he said he could not do that.

“The court is asking me to purge my contempt but the court has robbed me of my constitutional rights,” added Burke.

Rosemary Mallon, barrister for the school, said the applications were not about transgenderism, but rather about him not complying with court orders.

“The defendant in previous hearings has indicated he does not intend to purge contempt. He is, by this application, seeking to be released from prison without purging contempt,” said Mallon.