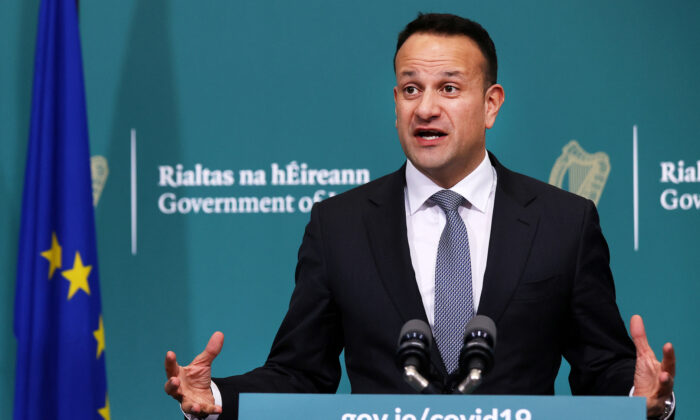 The European Union last week said that Britain had made no move to seek a compromise on post-Brexit trade with Northern Ireland and cautioned London against triggering emergency unilateral provisions.

“We had a meeting yesterday of the Cabinet subcommittee on Brexit essentially to dust down and restart our contingency preparations should we get into difficulty,” Varadkar told state broadcaster RTE. “We’re making preparations.”

If Britain steps away from the Northern Ireland Protocol and its wider EU divorce deal, the EU “would have no option other than to introduce what we call rebalancing measures to respond”, Varadkar said.

Asked if the European Union could or should also consider suspending the post-Brexit trade deal, the Trade and Cooperation Agreement, Varadkar said it was something the EU commission “is going to have to consider”.

Varadkar said he hoped an escalation could be avoided.