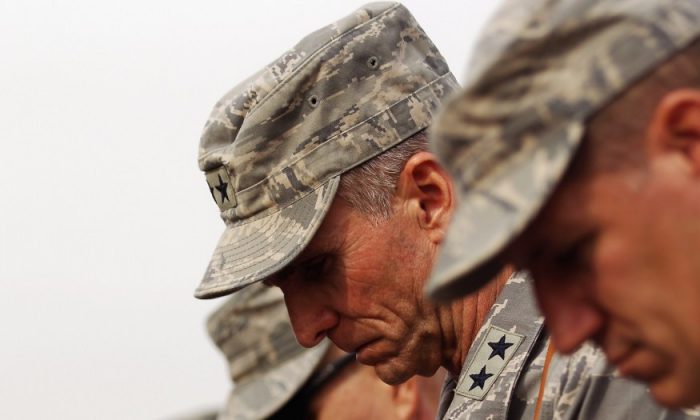 American soldiers bow their heads in prayer during a casing ceremony where the United States Forces- Iraq flag was retired, signifying the departure of United States troops from Iraq, at the former Sather Air Base on Dec. 15, 2011, in Baghdad, Iraq. (Mario Tama/Getty Images)
US

10th Anniversary of Iraq War: The war in Iraq that began on March 19, 2003 and officially ended in 2011, saw losses and gains debated upon by many. From death tolls to internally displaced persons the numbers associated with the war in Iraq show some of losses.

American Forces Press Service:
Number of Americans who fought in the war: More than 1.5 million

United Nations:
Number of Iraqis currently in danger from chemical pollution and unexploded weapons from years of conflict: 1.6 million.