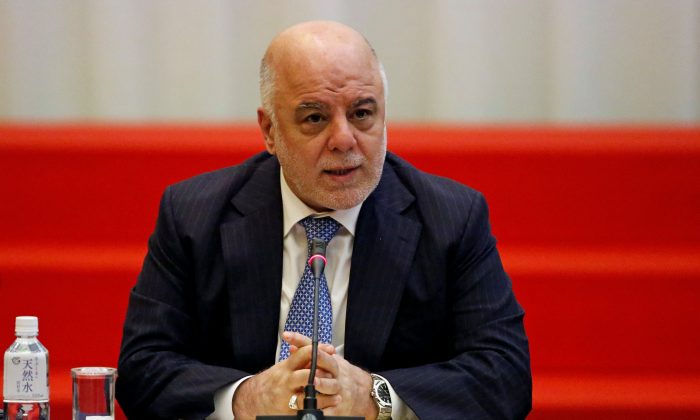 Last year Iraqi warplanes carried out at least one strike on ISIS targets inside Syria, in coordination with the U.S.-led anti-ISIS coalition and with the approval of the Syrian government.

“Daesh are present in eastern Syria, at the Iraqi border. I will take all necessary measures if they threaten the security Iraq,” Abadi told a news conference in Baghdad. He said he had communicated this position to U.S President Donald Trump on the telephone on Sunday.

He said he had asked the country’s military command “to lay out all possible plans, as I am keen to protect Iraqi citizens” from cross-border attacks.

An expert close to the Baghdad government told Reuters last week that Iraq may carry out special forces operations against ISIS terrorists in Syria.

While troops could be dropped into Syria, the plan did not at this stage involve sending ground forces over the border, Hisham al-Hashimi, who advises several governments on ISIS, including Iraq’s, told Reuters.

Iraq has good relations with Iran and Russia, Syrian President Bashar al-Assad’s main backers in the seven-year Syrian civil war, while it also has strong support from the U.S.-led coalition.

Abadi declared victory over ISIS within Iraq in December, although the terrorists have continued to carry out ambushes, assassinations and bombings across the country.

U.S.-backed Iraqi forces dislodged the terrorists from Mosul, their de facto capital in the north of the country, putting an end to the cross-border “caliphate” they declared in 2014.

Special forces from a number of countries already operate in Syria, including the United States, Russia and Iran. Turkey has also sent in ground forces to push Kurdish fighters away from its border.