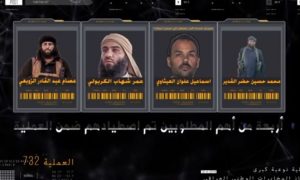 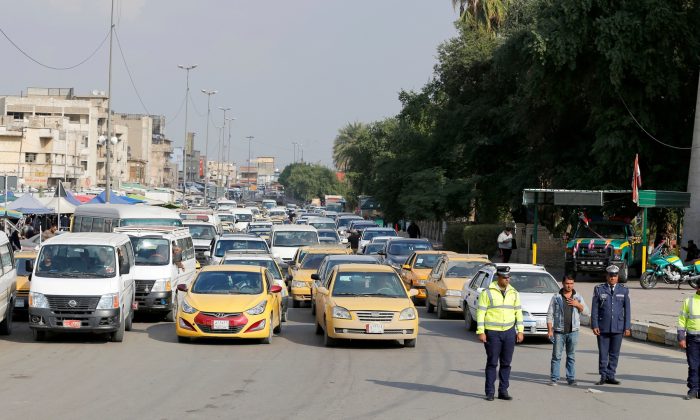 Iraqis along with members of the security forces observe a minute of silence on the first anniversary of the government's proclaimed military defeat of Islamic State, at Tahrir Square in Baghdad, Iraq, December 10, 2018. (Reuters/Thaier al-Sudani/File Photo)
International

BAGHDAD—An Iraqi court sentenced a Belgian man to death by hanging on March 18 for being part of the ISIS terrorist group, one of the dozens of foreign nationals facing the death penalty in Iraq.

Iraq has put hundreds of suspected members of the ultra-hardline jihadist group on trial, many of whom were arrested as ISIS lost a string of strongholds to United States-backed military campaigns throughout Iraq.

The Central Criminal Court in Baghdad handed Belgian national Bilal al-Marchohi, 23, the death penalty for belonging to and conducting operations on behalf of ISIS terrorist group.

Belgian ISIS fighter Bilal al-Marchohi – among first foreigners handed over to Iraq by SDF – has been sentenced to death in Baghdad. Interesting to see if UK (which objects to death penalty) will allow its nationals to be transferred https://t.co/NtAlw0mvt2 via @GuyVanVlierden

During an hour of proceedings, the presiding judge read out portions of Marchohi’s signed confession and showed a video and photographs that he said proved his membership of ISIS.

The images from a phone found in his possession at the time of his arrest showed Marchohi carrying a gun and making a hand gesture affiliated with the terrorists. Several pictures showed him cradling his infant son.

Marchohi denied all allegations against him in open court, including that he was a member of IS at any time.

Iraq sentences Belgian man to death for belonging to Islamic State
Bilal al-Marchohi, 23, was given the death penalty for belonging to and conducting operations on behalf of the group. pic.twitter.com/WFreMn6EXB

Judge Jumaa Saidi told the court that the photographs were clear evidence Marchohi was a member of ISIS.

A translator was appointed by the judge for Marchohi, who spoke in English throughout the trial. He was also given a court-appointed lawyer but had no contact with him during the trial.

The Belgian Foreign Ministry said it had no power to intervene but had made clear to the Iraqi government its opposition to the death penalty. “We have done it a few times—even before Mr. al-Marchohi and Mr. Jadaoun were put to trial,” a ministry spokesman said in Brussels.

Marchohi’s family, who live in the Belgian city of Antwerp, declined to comment.

The ISIS terrorist group redrew the map of the Middle East in 2014 when it declared an ultra-radical Sunni Islamist “caliphate” spanning parts of Syria and Iraq and established a rule known for mass killings, sexual enslavement, and punishments like the crucifixion.

Human rights groups have accused Iraqi and other regional forces of inconsistencies in the judicial process and flawed trials leading to unfair convictions.

ISIS terrorist group captured a third of Iraq in 2014 but was largely defeated both there and in neighboring Syria last year.

Iraq court sentences Belgian jihadist to death for IS membership
https://t.co/RzRuEmVdfD – he is a Sunni Islamist killer with North African roots – he isn’t a Belgian Salafi terrorist …. pic.twitter.com/5S5OsUuiiD

Belgium court strips citizenship of man convicted of recruiting jihadists for Syria; Fouad Belkacem, was sentenced in 2015 to 12 years in prison for heading “a terrorist group,” Sharia4Belgium, which sent jihadists to Syria. https://t.co/Sw9drxDVeJ