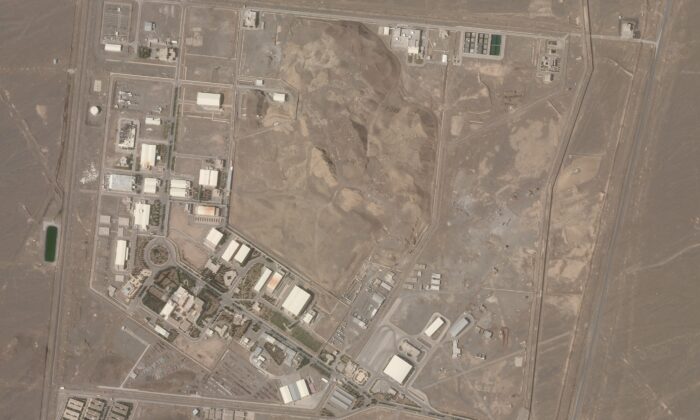 VIENNA—Iran is expanding its enrichment of uranium beyond the highly enriched threshold of 20 percent purity at a Natanz plant where it is already enriching to 60 percent, but the new activity does not involve keeping the product, the U.N nuclear watchdog said on Monday.

The move is likely to help Iran refine its knowledge of the enrichment process—something Western powers generally condemn because it is irreversible—but since this time the product is not being collected it will not immediately accelerate Iran’s production of uranium enriched to close to weapons-grade.

It has, however, prompted the International Atomic Energy Agency to “increase the frequency and intensity of its safeguards activities” at the above-ground Pilot Fuel Enrichment Plant (PFEP) at Natanz, the IAEA said in a report seen by Reuters. As of around 90 percent uranium is considered weapons-grade.

The IAEA said in a statement outlining the report that Iran informed it last week of changes to the setup of centrifuges, machines that enrich uranium, at the plant—Iran would feed uranium enriched to up to 20 percent into limited numbers of extra centrifuges without collecting the product.

“On 25 October 2021, the Agency verified that Iran began feeding (uranium hexafluoride gas) enriched up to 20 percent U-235 into a single IR-6 centrifuge in R&D line 2 at PFEP and that the resulting product and tails streams were being re-combined,” the IAEA report said, meaning that after separating the enriched product it was mixed with the centrifuge’s waste and not kept.

Iran had said it planned to also feed uranium enriched to up to 20 percent into other single centrifuges or small- to medium-sized cascades, or clusters, of machines on the same line, but those were not being fed at the time, the IAEA said.

Iran has yet to announce a date to resume discussions in Vienna about reviving the 2015 nuclear pact under which it curbed its nuclear program in return for relief from U.S., EU and U.N. economic sanctions.

Then-U.S. President Donald Trump abandoned the pact in 2018 and reimposed harsh U.S. sanctions. About a year later, Iran started violating some of the deal’s limits on uranium enrichment.