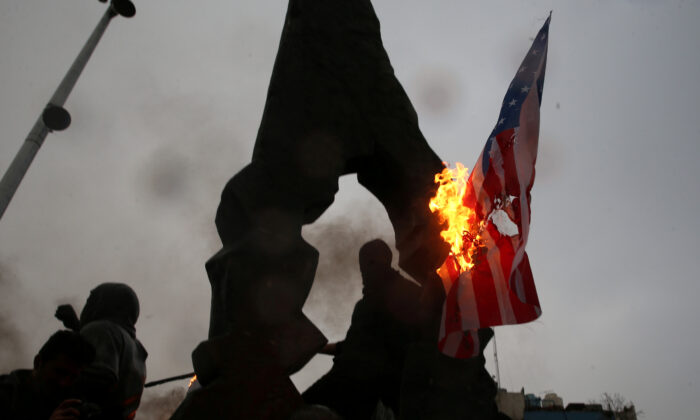 A man sentenced to death in Iran for spying for the CIA and attempting to pass on information about Tehran’s nuclear program will be executed soon, authorities said on Feb. 4, according to the semi-official Fars News Agency.

“Amir Rahimpour who was a CIA spy and got big pay and tried to present part of Iran’s nuclear information to the American service had been tried and sentenced to death and recently the supreme court upheld his sentence and he will see the consequences of his action soon,” judiciary spokesman Gholamhossein Esmaili said.

Speaking at a press conference streamed live on the judiciary’s website, Esmaili said the names of the individuals working for a charity wouldn’t be released yet because the sentence hasn’t been finalized.

Iran claimed to have broken up a CIA spy ring in mid-2019 and sentenced some of the 17 people purportedly part of the spy ring to death. None of the scheduled executions have been confirmed.

Iran has sentenced alleged American and Israeli spies to death before; the last purported spy to be executed was Shahram Amiri.

Amiri later returned to Iran and was initially welcomed before being sentenced to prison for treason. He was executed in 2016.

“Through his connection with the United States, Amiri gave vital information about the country to the enemy,” a spokesman for the Iranian judiciary said at the time.

The sentencing of Rahimpour came about a month after the United States killed Iranian Gen. Qassem Soleimani. An airstrike took out Soleimani in Baghdad.

Soleimani was in charge of the Iranian Revolutionary Guards Corps’ Quds Force, an elite unit that’s been designated as a terrorist group by the United States. U.S. officials said Soleimani was responsible for killing or injuring thousands of Americans.

The killing was met with outrage by the Iranian government, and vows of revenge. Iran later fired missiles at two Iraqi bases hosting U.S. troops. American officials initially said no troops were injured by the missiles, but later said dozens suffered head injuries.

After the strikes, President Donald Trump announced that he was ordering fresh sanctions on Iran but wouldn’t retaliate with further military action.